We love the art of Tyler Clites for its bold style and perky colors. The way he treats common LEGO pieces always makes his characters vivid and lively, whether it’s some Star Wars protagonists or Tintin’s space rocket. Tyler’s every build has its own mood and a story to tell. And Tyler’s latest set of busts are simply jaw-dropping. This time it’s not just skillful building with LEGO bricks, but the pairing up of characters that makes these works so outstanding… 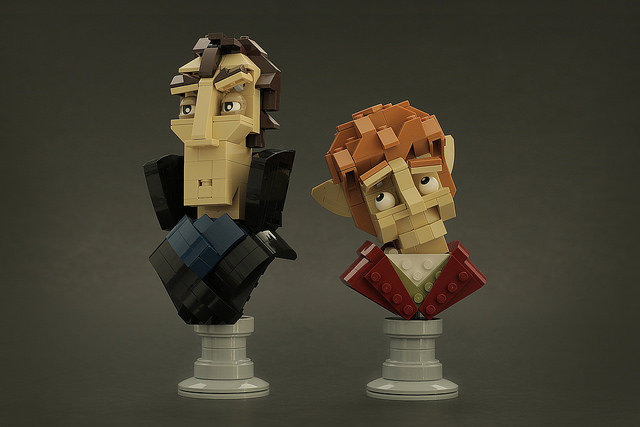 The iconic couple of Benedict Cumberbatch as Sherlock Holmes and Martin Freeman as Bilbo from The Hobbit, which opens the set, is an incredible tribute to the best roles of both honored actors. Even though these characters belong to completely different universes, the faces on the busts perfectly capture the emotions we enjoyed so much on the screen. 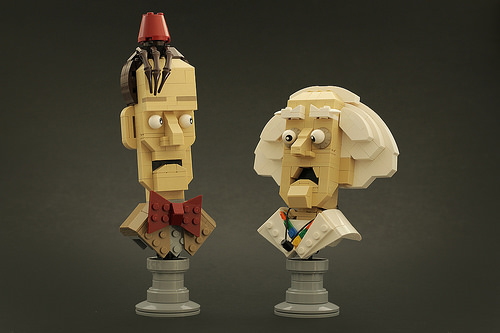 If you’re an experienced time-traveller, or you’re simply in need of a Docs consult, these two are here to help you! The best thing is that you don’t have to choose one — Matt Smith as the Eleventh Doctor from Doctor Who or Christopher Lloyd as Emmett “Doc” Brown from Back to the Future trilogy perfectly go together. 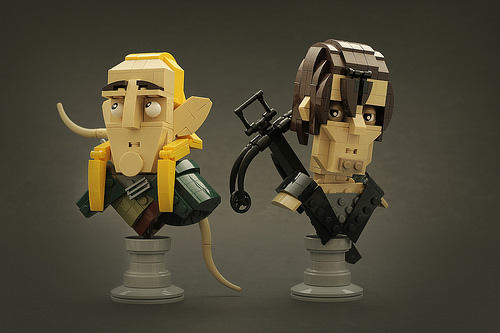 However, it’s impossible to ignore this die-away look of Norman Reedus as Daryl Dixon from The Walking Dead, even if standing by such a dreamboat as Orlando Bloom as Legolas from The Lord of the Rings. Go ahead and let us know which character is your number one pick! 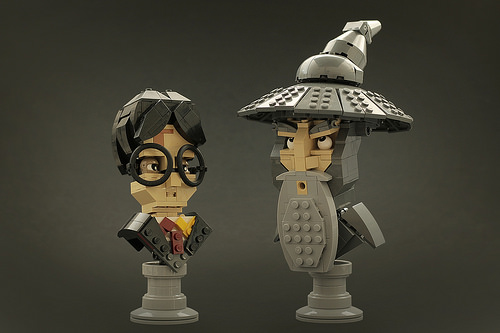 A couple more busts by Tyler devoted to Harry Potter books, Guardians of the Galaxy and The Iron Giant movies can be found in his photostream Make sure you checked them out as well! 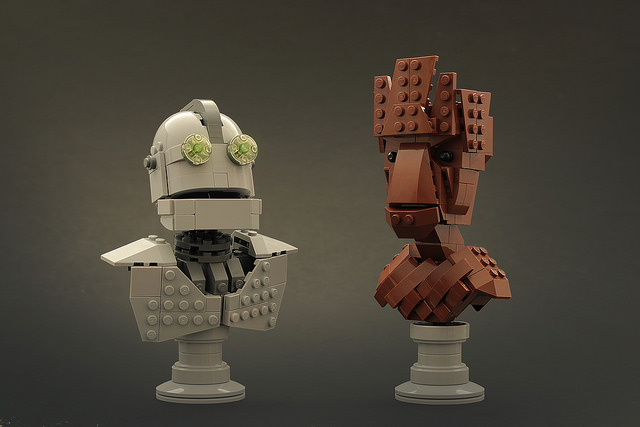