This week we were fortunate enough to track down Guy Himber. Guy has worked extensively in the film industry with credits for special effects, creature mechanics, makeup and more. He is a prolific Steampunk builder and has authored a book on the subject entitled LEGO Steampunk. He runs the Iron Builder LEGO competition and has founded his own company, CrazyBricks, which manufacturers quirky, short-run, custom pieces compatible with LEGO. Let’s dive in and raid his brain! 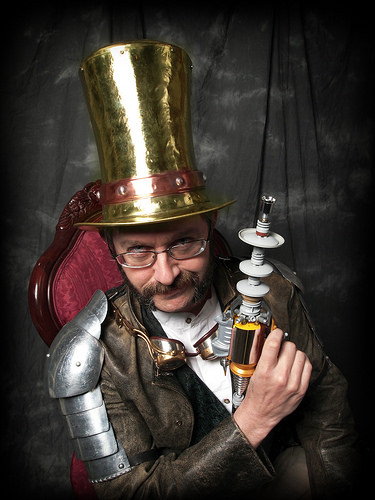 TBB: What can you tell our readers about how you got into building with LEGO?

Guy: Like most folks I grew up playing with LEGO as a kid. Countless were the hours I spent building and rebuilding and sorting and blowing up my favorite plastic bricks. The dark ages kicked in around middle school and I didn’t do much with the bricks until I started using them to do some mechanical prototyping for animatronics in the Film Industry (mainly Technic bricks from my old collection). When my son was old enough I got him his first LEGO set and he took to the bricks like his old man and the two us started building more and more sets and then creating massive environments and Jurassic Parks. The fateful AFOL day arrived via a special trip to BrickCon in Seattle many years ago. That was the Con that got me bit by the LEGO bug again and started me building at a serious level. 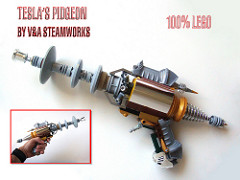 TBB: You were initially known in the community for your beautiful Steampunk creations. What is it about Steampunk that draws you to it so consistently?

Guy: I like the Steampunk theme the most because it embodies such a fanciful and yet richly colored psuedo-history to dream within. Politics, inventions, British royalty and the US Civil War are all deep waters to swim in creatively. Plus I love Brown and Gold.

TBB: Your online username, V&A Steamworks, smacks of British royalty, does it not? What does the ‘V’ and ‘A’ stand for and why did you choose them?

Guy: I started building under the alias “V&A Steamworks” because I think it sounds like a great team of mechanically minded folks are behind every MOC creation. The ‘V’ and the ‘A’ stand for, appropriately, Victoria and Albert, the royal couple leading the United Kingdom at the time of the Steampunk age. If you ever visit London make sure to search out my favorite museum, the “V&A“, you won’t regret the visit!

TBB: Visiting the V&A is on my bucket list! Which of your creations is your favorite? Is there one that you have come to hate or with which you were never quite happy? 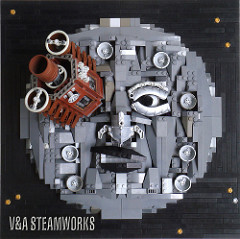 Guy: Although I have many favorites MOCs, and it could be argued that Voyage to the Moon should be the choice, my personal favorite and long-spanning one has to be the Cabinet of Curiosities (or WunderKammer). Essentially it started as a Victorian-styled giant self-aware piece of furniture that was tasked with wandering the world and collecting artifacts of great mystery and value. The ‘objects’ were actually small and clever MOCs provided by my growing group of LEGO building friends. The collection grew to over 60+ precious curiosities and helped me start the beginning of many friendships in the hobby that have grown to full-blown friendships today. Unhappy builds? Those are the ones that never see the light of day. If I don’t like the final results of a work-in-progress MOC I usually scrap it and move on to something new. 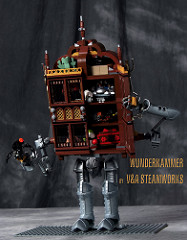 TBB: Those are awesome builds. You and the Iron Builder competition are nearly synonymous. What can you tell us about Iron Builder? How do you select the seed parts? How are competitors chosen?

Guy: Iron Builder is the greatest International Brick Building competition in the world. IB is about the start its fifth season and this year promises to be our best yet! The contest is a high-pressure battle that takes place over the course of one month and pits two talented builders against one another before the critical eyes (and applause) of the entire LEGO community. It is both rewarding and terrifying for those foolish enough to compete! The quest for what might be a seed part is a constant gnawing question in the back of my mind. The process is simply a matter of constant research and creative inspiration. Newly unveiled elements by Team LEGO are always great but I also love to pick parts that the community has often overlooked or placed in the back of their brick bins and forgotten. A good IB part offers multiple connection points, a reasonably common color (sorry Maersk Blue…) and should inspire MOC madness… er, greatness… when given to the right builder.

TBB: Speaking of great parts, what is CrazyBricks all about?

Guy: CrazyBricks is my design and manufacturing company. It is where I get to create, share and sell my latest LEGO-compatible accessories and characters. My store front is full of Zombie Gingerbread men, Mice, Munchkins, Digitigrade legs, dynamic minifigure arms, skulls, robots and crazy characters! Many of the things I create are limited editions and once produced will never be available again. It has been exceptionally exciting and rewarding creating my own business within my favorite hobby. 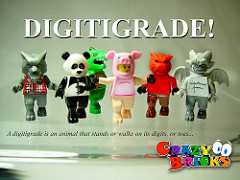 TBB: Both as a builder and as the promoter of CrazyBricks, you’ve attended many LEGO fan events. What keeps you coming back?

Guy: First and foremost I love meeting and socializing with my fellow AFOLs. That is what really keeps me coming back. We are gifted with so many interesting and talented folks in our community from so many walks of life that there is always someone new to discovery and befriend. Initially, my motivation was solely on building and chasing trophies and category wins. The past couple of years I have been focused on promoting CrazyBricks and meeting fans.

TBB: What other hobbies or pastimes do you engage in when you aren’t doing something LEGO-related?

Guy: I am an avid hiker/backpacker, gamer (XBox and tabletop) and have been know to do lots of travel and scuba when I can get to the ocean. 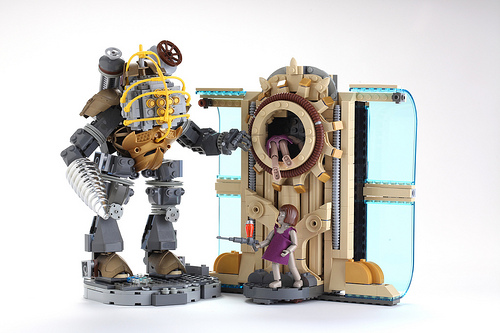 TBB: What gets you out of bed in the morning?

Guy: I am always searching for ideas and muses. When the gods favor you it is glorious. When they hide inspiration life is gray and cold.

TBB: What question are you hoping I don’t ask? 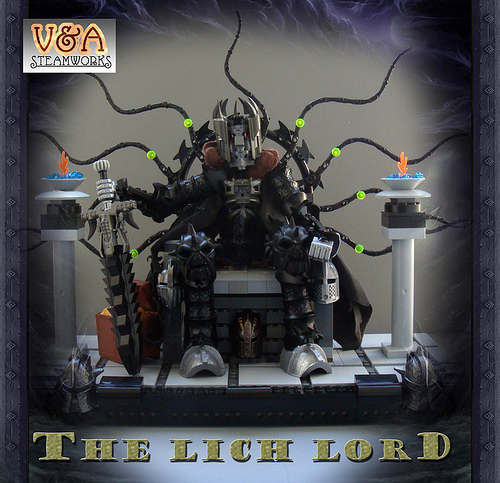 TBB: Thank you for taking the time to let us pick your brain! What can we expect from Guy Himber in the near future?

Guy: I always have a few Kickstarter projects in the works. I have a highly sought after IP I have been chasing the past couple of years that I think may bear fruit shortly. More on this one soon!

TBB: Can’t wait to see it! One last question…what LEGO piece do you find most appetizing? 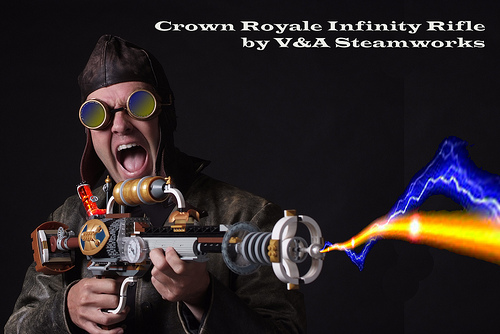