The climatic scene when Kusanagi fights the huge think tank in the science fiction film The Ghost in the Shell is one of the most iconic, indelible scenes in animé history. Cole Blaq has built the impressive 6-legged Think Tank (Fuchikoma) from this scene in LEGO with all the intimidating features of the original. The white getaway car peeks out form underneath the huge mecha, helping to emphasise its scale. The mecha itself has some lovely smooth, shapely legs, but my favourite area is definitely the ‘head’ with the impressive weapons system. 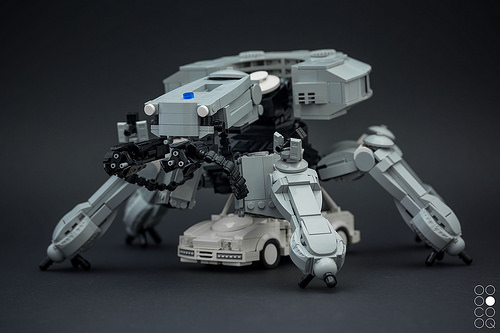 One of the other great details are the manipulator arms made from clips, pneumatic t-pieces and minifigures hands.  In the film, these arms grab Kusanagi and begin to crush her skull before Batou shows up and destroys the tank with some heavy weaponry. Phew. 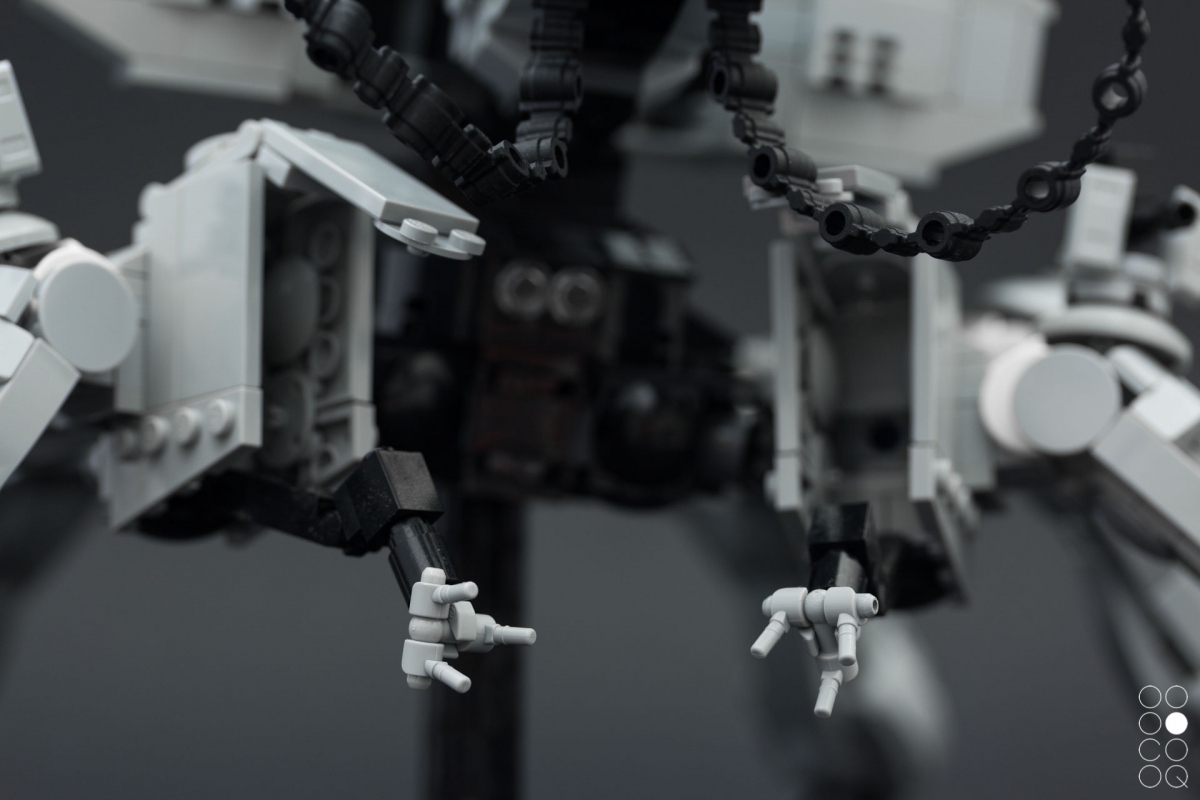 This is actually an updated version of Cole’s Think Tank.  Back in 2013, we blogged Cole’s custom Kusanagi minifigure standing with the Think Tank from Ghost in the Shell. After some newly released LEGO parts and redevelopment, this Think Tank is a whole new level of awesome.