This week we were able to sit down with Vincent Gachod from Toulouse, in the south of France. While balancing his job as the head of video production at a french university and raising two kids, he finds time to create some incredible LEGO builds. Let’s pick his brain and see what we can learn from this master of the brick. 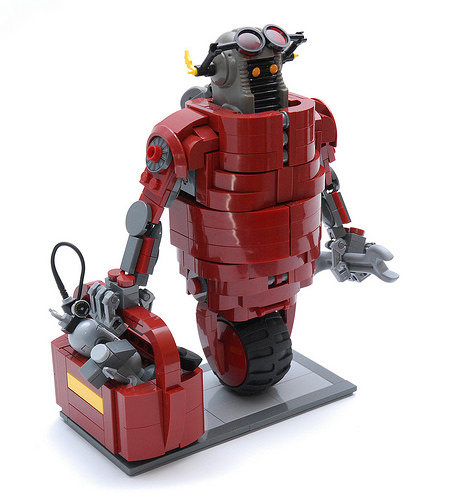 Vince: I started with LEGO in the mid 70’s with bricks from my brother’s collection. My first set was the 374 Fire Station of 1978. After my “dark age” in the 90’s, I came back to LEGO with my son and his first sets. I’m inspired by lot of influences (movies, animation, videos games, books, magazines, cars, architecture…) but I’m more inspired by the details : a car’s wheel, a plane’s engine or a vintage vacuum cleaner! I often start a MOC from a single detail like a car’s grille or an exhaust pipe. I spend a long time working on details. 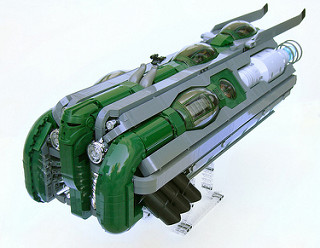 TBB: You definitely have got the details right in your builds. How do you choose what you are going to build next? What kind of thought or planning goes into your builds?

Vince: No process, no rules, no plan, I put a brick on another one and the final idea of the MOC comes later. I get lot of ideas exploring the Bricklink catalog. Sometimes, I start a MOC only with one part because of its shape or color. Once I have one, I try all the combination I can find with it. So, finish a MOC takes me a long time and the final result is often completely different than the first idea.

TBB: You let the build sort of develop on its own, I like that. How would you describe your building style?

Vince: Difficult to answer, my stuff has been categorized as retro-future and I like this concept. Steampunk and Dieselpunk are very inspiring universes, being a mix between science-fiction and retro art movements. 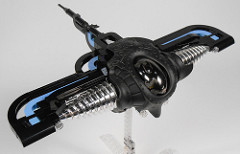 TBB: Have you attended any LEGO fan events? Can you talk about what the the fan community means to you?

Vince: LEGO exhibitions are rare events near my home. I’ve been in contact with others builders from Toulouse for only a few months now. I participated in my first exhibition in October in the west of France. It was unusual for me to have something to show because all my MOCs are disassembled once I’ve made the photos, as I need the parts for my next project. However, it was really pleasant to speak with the public, to meet others builders and see their MOCs in real life. We plan to organize a LEGO event in Toulouse in October 2017. I’m not very active in web communication but I want to thank the AFOL community for all the comments I receive. For me, Flickr is the best way to share photos of my creations. 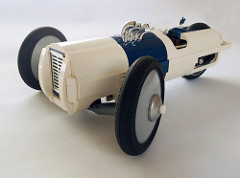 TBB: I hope the event works out and I look forward to seeing the pictures! What other builders do you get inspiration from?

Vince: I remember Chris Giddens and his Pre-Classic-Space series. It was the first time I saw a MOC with unusual parts like skate ramps or Bionicle boxes. There are so many talented builders : Mihai Marius Mihu, Jon Hall, Captain Smog, Karf Oohlu, BobDeQuatre, F@bz, Pierre E Fieshi, D-Town Cracka, Volume X… It’s a short list, many others builders are inspiring, sometimes because of a NPU, a building technique, and sometimes just because of the quality of a photo or a nice presentation of a MOC. I also like the work of non-LEGO artists : Stéphane Halleux, Daniel Simon (Cosmic Motors), Dan Jones (Tinkerbots)… 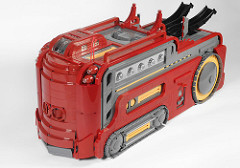 TBB: That is quite the list of Who’s Who in the LEGO fan community and I like Dan Jones’ Tinkerbots as well. Is there one or two of your builds that are your favorites?

Vince: T5 Prospector : I like the concept of vertical ship and it was pleasant to work on all industrial oriented details to give it a believable design. And the Polar Transport : it’s inspired by a cover of “Popular Science” from the 30’s. I like those old magazines and their “vintage” vision of the future. 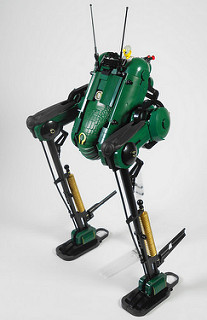 TBB: Both of those are gorgeous. Among all your builds, the Polar Transport is one of my favorites as well. Which of your builds was the most challenging?

Vince: The Grasshopper was very difficult to make it stand alone. Even with a support, it fell just after the photo!

TBB: What is the strangest response or comment you’ve gotten about your work?

Vince: All the comments I received are positive and constructive. Again, thanks everyone for your support!

TBB: I’m glad to hear that! If you could make one change to LEGO, what would it be?

Vince: I would like every brick to come in dark red, dark blue and dark green ! Otherwise, the LEGO part catalog is very large and I like to look for a way to combine two bricks as I wish, it’s a real part of the game for me. I use a lot of brackets and all bricks with which you can change the direction of the studs. I never use custom bricks, but my building techniques are not always regular or stress free. 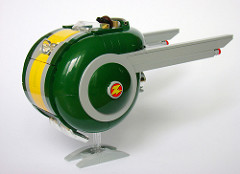 TBB: What other hobbies or pastimes do you do other than LEGO?

Vince: In fact, I devote more spare-time to acoustic guitar. Sometimes I can spend several weeks without playing with LEGO and I have two kids at home, this also can be time consuming.

TBB: I understand that. Family should always comes first. Thank you so much for taking the time to answer our questions and I can’t wait to see what you create next!

Vince: Thanks, I’m always very honored to see one of my constructions blogged by TBB. I would like to show you something new soon. I was close to finishing a MOC (a big vertical ship at technic fig’s scale) but finally I wasn’t happy with it and destroyed it! I’ve started another project but I’ve only built a landing gear…

TBB: That’s hilarious but only because similar things have happened with builds I’ve done. I can’t wait to see the new one!

Click here to see our past coverage of Vince and his work. 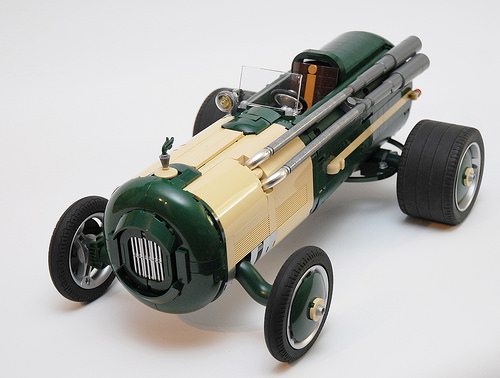