Even though this medieval store by Isaac Snyder uses textures and techniques we see very often in medieval builds lately, it still manages to look unique; first by its complex layout and secondly by its use of dark gray as the stone bricks, which is for some reason rather uncommon. While the model is called Sigurd’s General Goods and is not a direct recreation, it is obviously inspired by the Bits and Pieces general store in Solitude, from Skyrim. 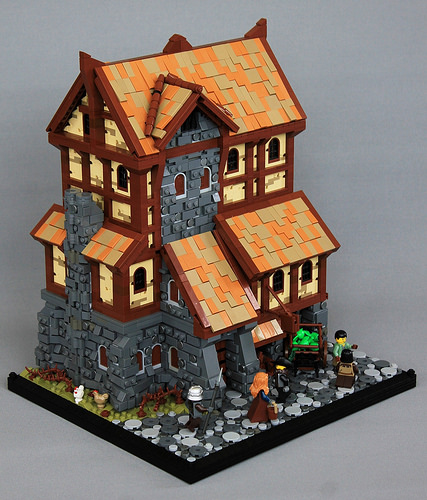 Isaac’s shop even has a full interior. 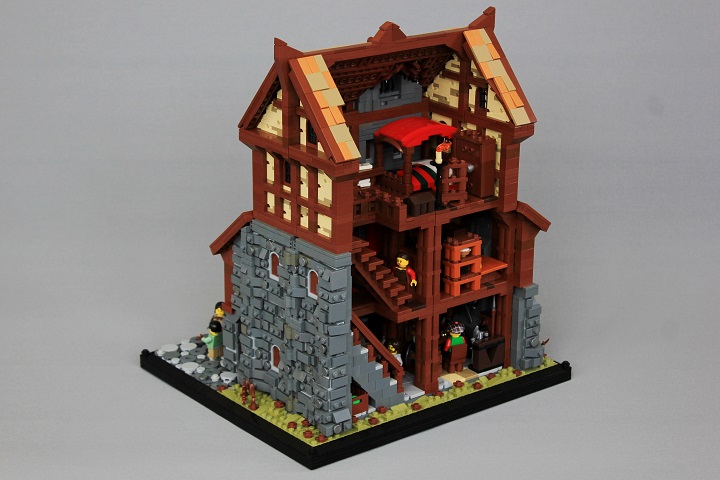 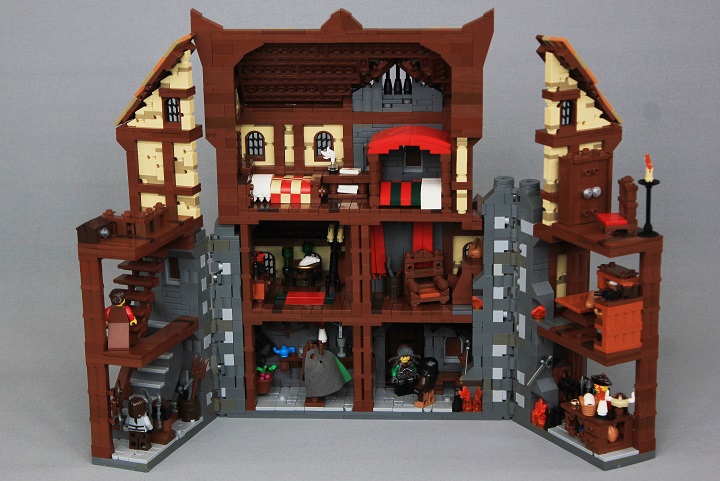 I may not play Skyrim, but I sure am glad some other builders do, as it inspires many great creations, some of which we have featured here before:
Skyrim Battle: Regaining the Pale
Skyrim’s Nordheim Greathouse
Skyrim Dwemer Ruins
Skyrim’s Half-Moon Mill