A “SHIP” is a large scale LEGO spaceship, specifically one of at least 100 studs in length (or height!). They are a popular theme to build, especially for convention displays. This specific SHIP by Tim Clark appeared at Brickworld 2016, but apparently the photos had to travel for seven months to reach the internet. Worth the wait? It sure is! 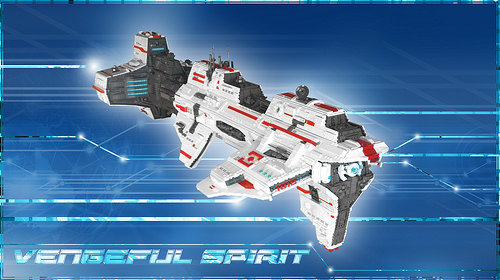 The builder has created quite a few SHIPs over the years, which you can see in his MOC Pages album, but this one is his largest so far at amazing 164 studs of length. It is also his first one that is not mostly light gray, which is a colour all too often used on large builds. Tim used many of his already tested techniques that he used in his other capital ships, but the larger scale called for new implementations of these techniques for more stability. The overall shape is what is the most important in large spaceships, and the Vengeful Spirit hits the nail on the head here. The small details like trans light-blue elements and turrets are the cherry on the top. 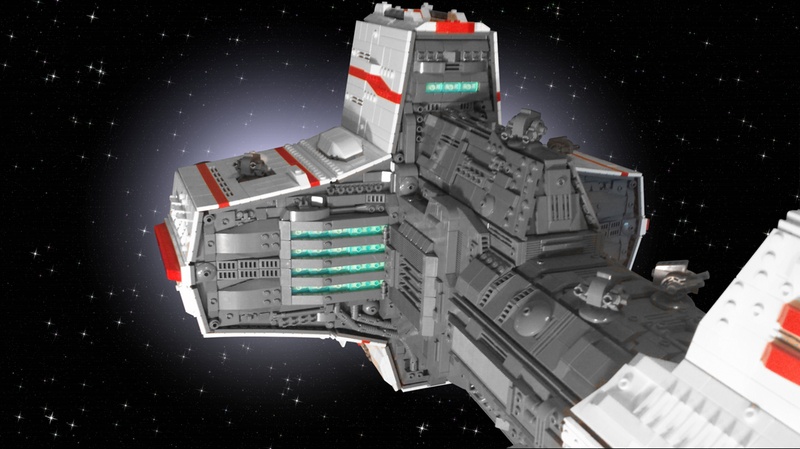 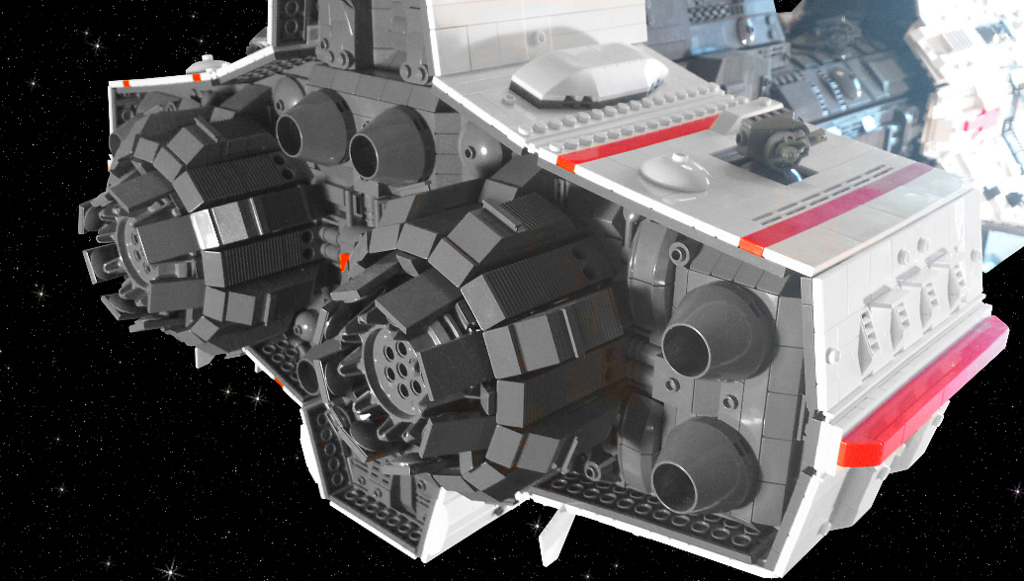 There are many more detail photos on the builder’s MOC page of the Vengeful Spirit, as well as the inspiration picture.