With the recent passing of the actors that portrayed them, we’ve seen a number of fantastic LEGO models of Star Wars characters Princess Leia and R2-D2. But none have captured the connection between these two like Miro Dudas has in this recreation of a scene from A New Hope that really requires no introduction. 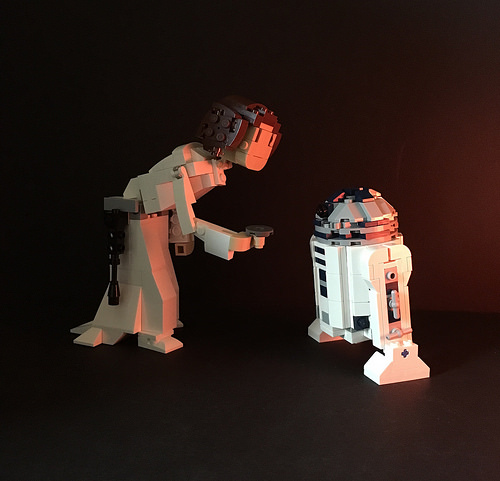 In the following loveable hug that would melt any astromech’s circuits, one can almost imagine that this is from an out-take on the set! Miro’s builds have undergone several iterations, and this modified Leia now sports articulation at both the neck and hips, allowing the model to pose perfectly. Meanwhile, his version of R2 possesses a fully retractable 3rd leg, pivoting side legs, and a rotating head! While there are many LEGO R2-D2 designs out there, both official and fan-created, Miro’s is one of my favourites at this scale. 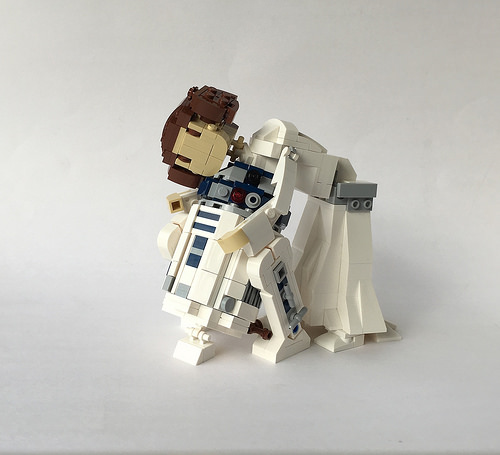