Beloved actress and writer Carrie Fisher has passed away at age 60, after a recent heart attack. While she will be most fondly remembered for her role as the feisty Princess Leia Organa in the Star Wars saga, Fisher appeared in many other well-known movies including The Blues Brothers and When Harry Met Sally. She was also both an accomplished writer (often drawing upon her own over-the-top life experiences in Postcards from the Edge and more recently The Princess Diarist) and an oft-uncredited screenplay writer with involvement in movies like Hook and The Wedding Singer.

The iconic image of Fisher as Princess Leia will almost certainly be the one that stays with her fans, whether it be sporting the flowing regal gown and giant hair buns of A New Hope, or the metallic bikini “slave girl” outfit from Return of the Jedi. These images resonate with LEGO fans too, and over the years we’ve featured plenty of custom builds of the Leia character. Below are a few of them.

Not surprisingly, Princess Leia and Han solo are often pictured together in LEGO creations, as you can see from these adorably cartoony versions by Luc Byard: 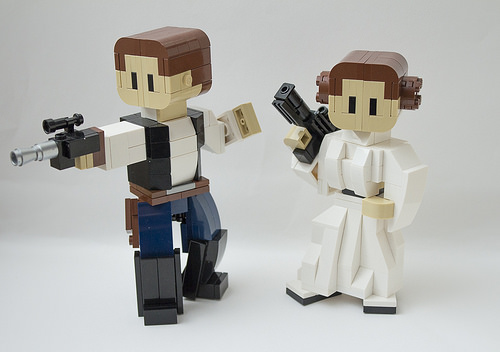 Matt De Lanoy‘s take on the pair – entitled “Star Wars – A New Hip” was a deliberately tongue-in-cheek creation for the Iron Builder contest: 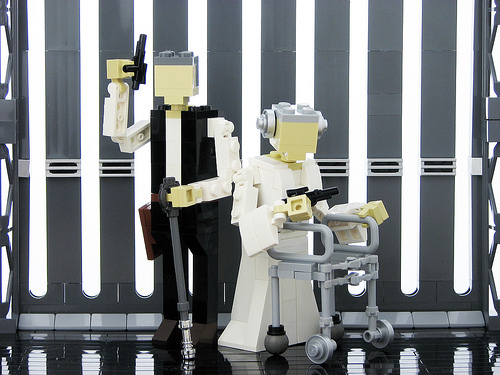 Of all the slave girl Leia builds, Ryan Wood‘s 6X scale minifig version (complete with metallic bricks) is a fan favorite, and even made an appearance at BrickCon in Seattle this year: 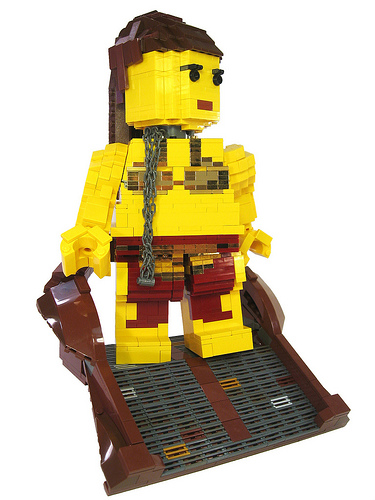 But my favorite version is this small but curvaceous one by someone that was also lost to us a few years ago, our friend Mike Crowley: 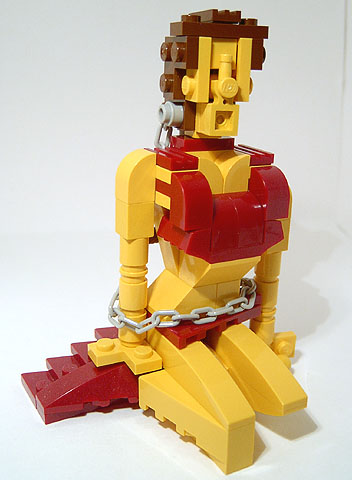