We’re continuing our coverage of The LEGO Batman Movie sets with a pair of the smallest sets, 30521 The Mini Batmobile and 30524 The Mini Batwing. These sets haven’t even been officially revealed yet, but LEGO kindly sent them to us so we can bring you an early review. We don’t have any official word on their pricing yet, but we expect them to be in the $4.99 USD range. They should be available Jan. 1, 2017. 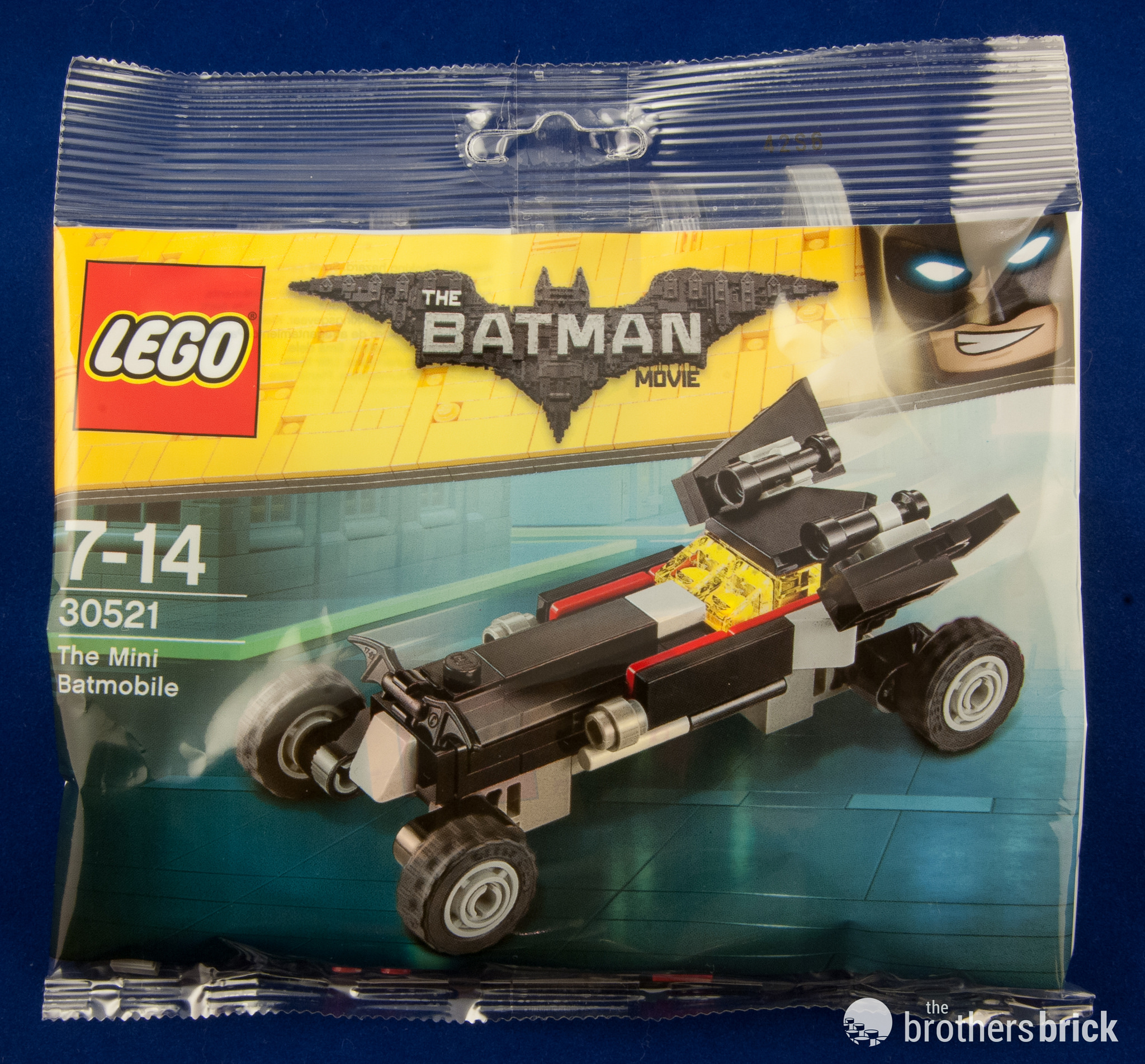 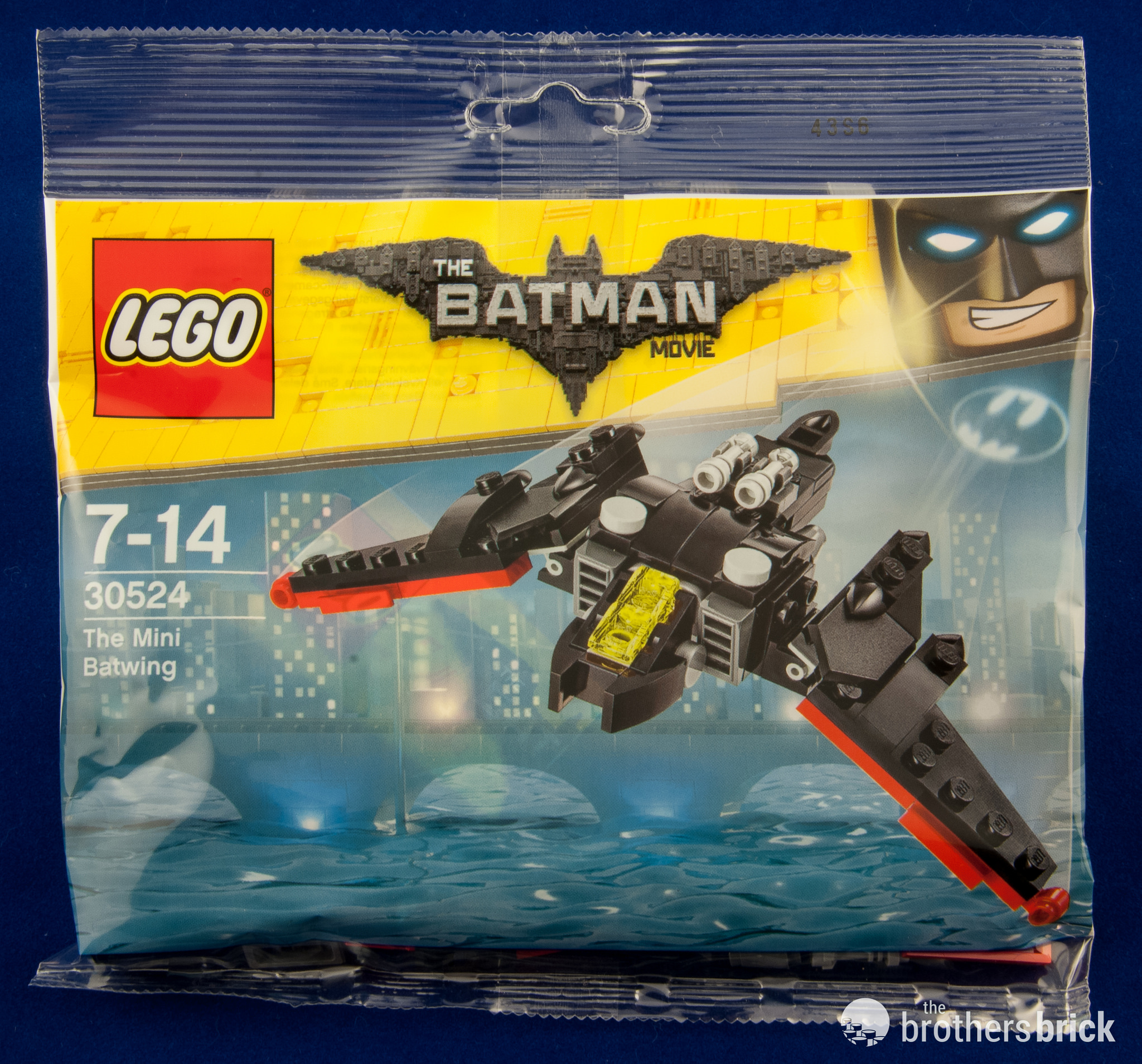 30521 The Mini Batmobile
This is clearly a microscale version of the new Batmobile from the film. We’ve already reviewed the minifigure scale version, 70905 The Batmobile, which we thought was much better in person than the box might have you believe. The mini model is a decent build, though with only 68 pieces it can’t get too crazy. The body is a 2×4-stud vehicle axle turned lengthways, with the Technic pins pointing to the front and back and slotting into Technic bricks that hold the actual axles. It’s all locked firmly into place with plates across the top. There aren’t any new elements in the set, and the black shield tile, telescopes, and droid head are about as exciting as it gets. 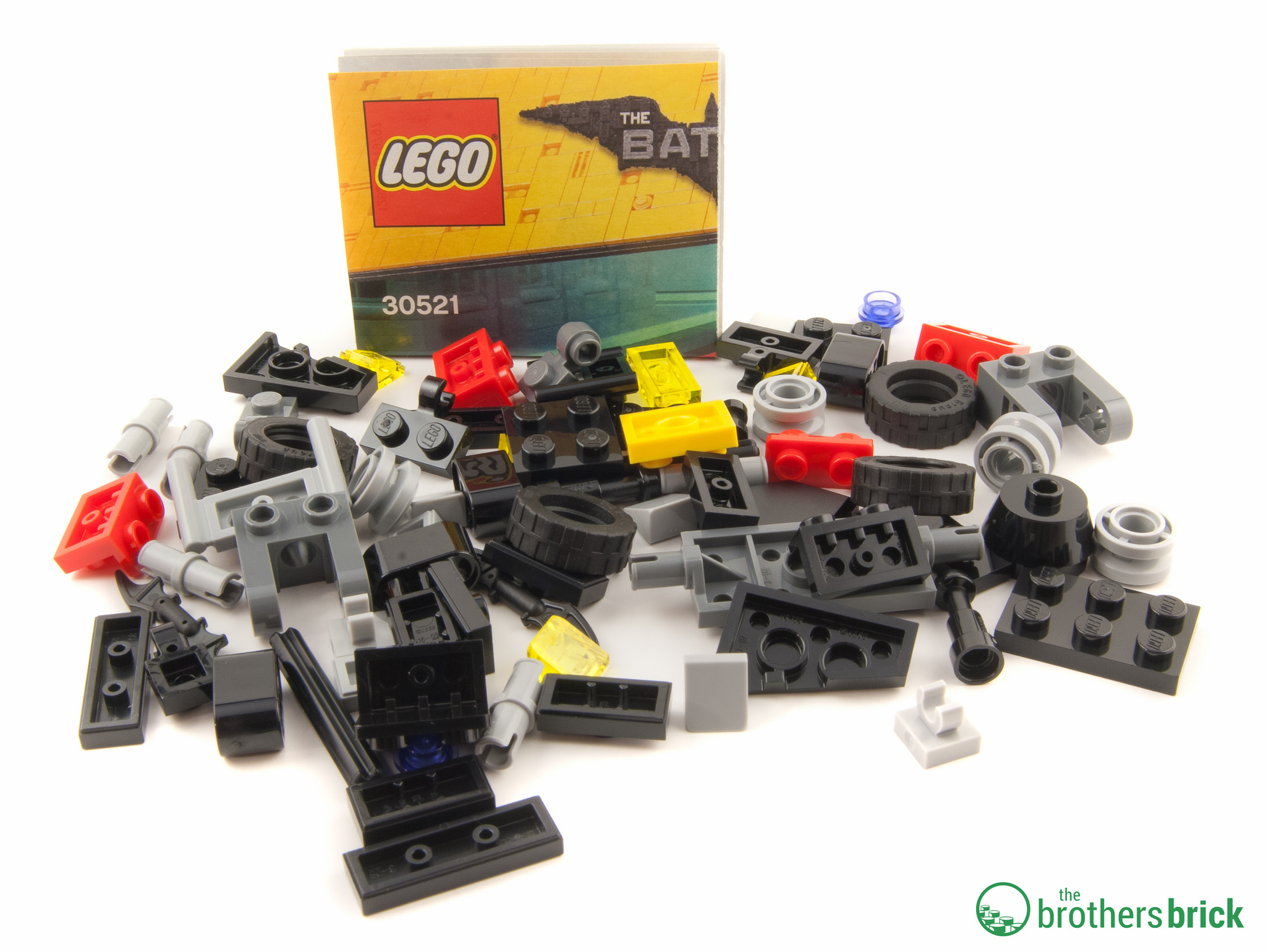 As expected on a model of this size, play features are pretty few. The side wings can fold down, though that’s really more a consequence of the design than a feature. 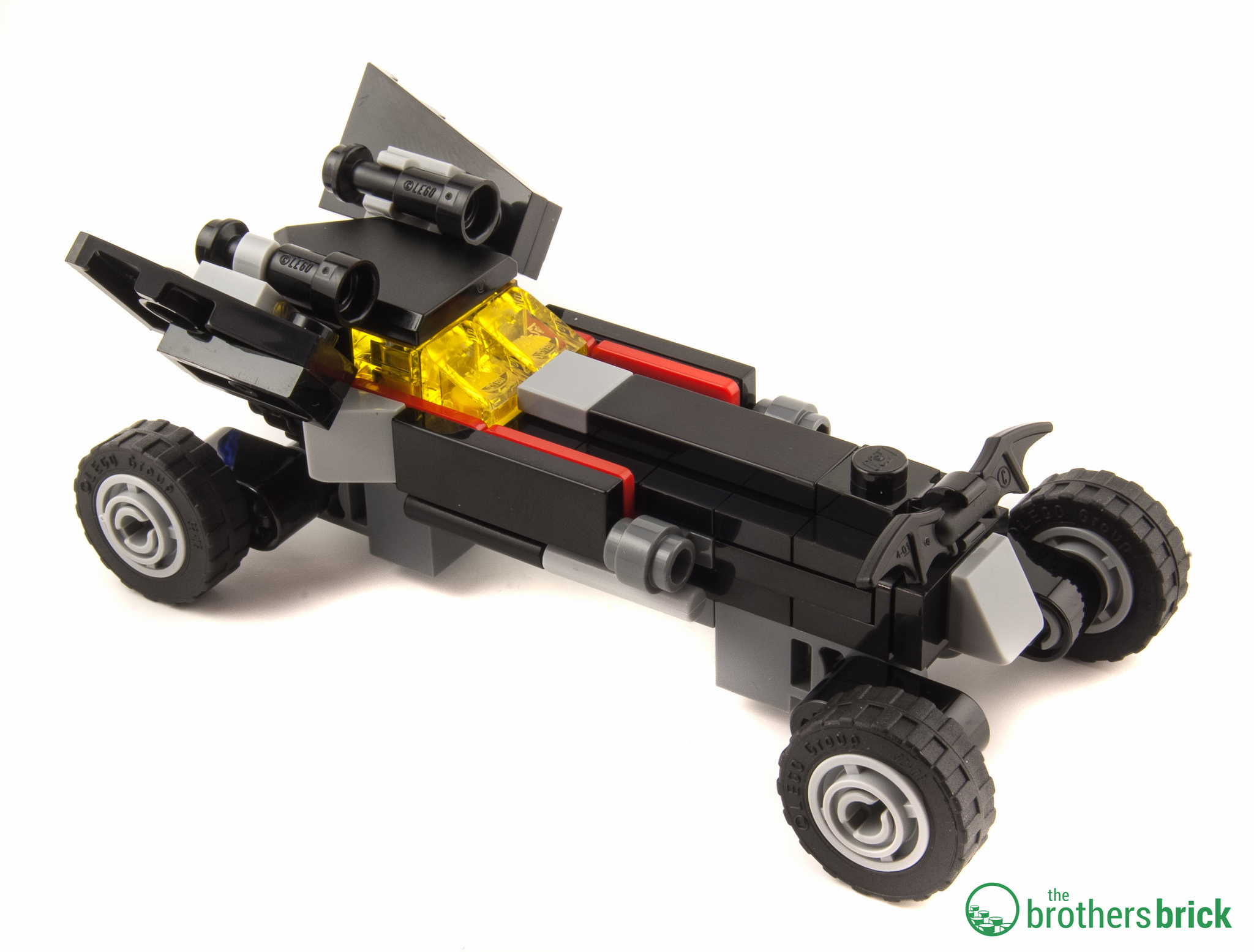 The wheels can be reoriented to a 4-wheel-drive stance just like the big model, though it requires pull off each wheel individually and reattaching it. 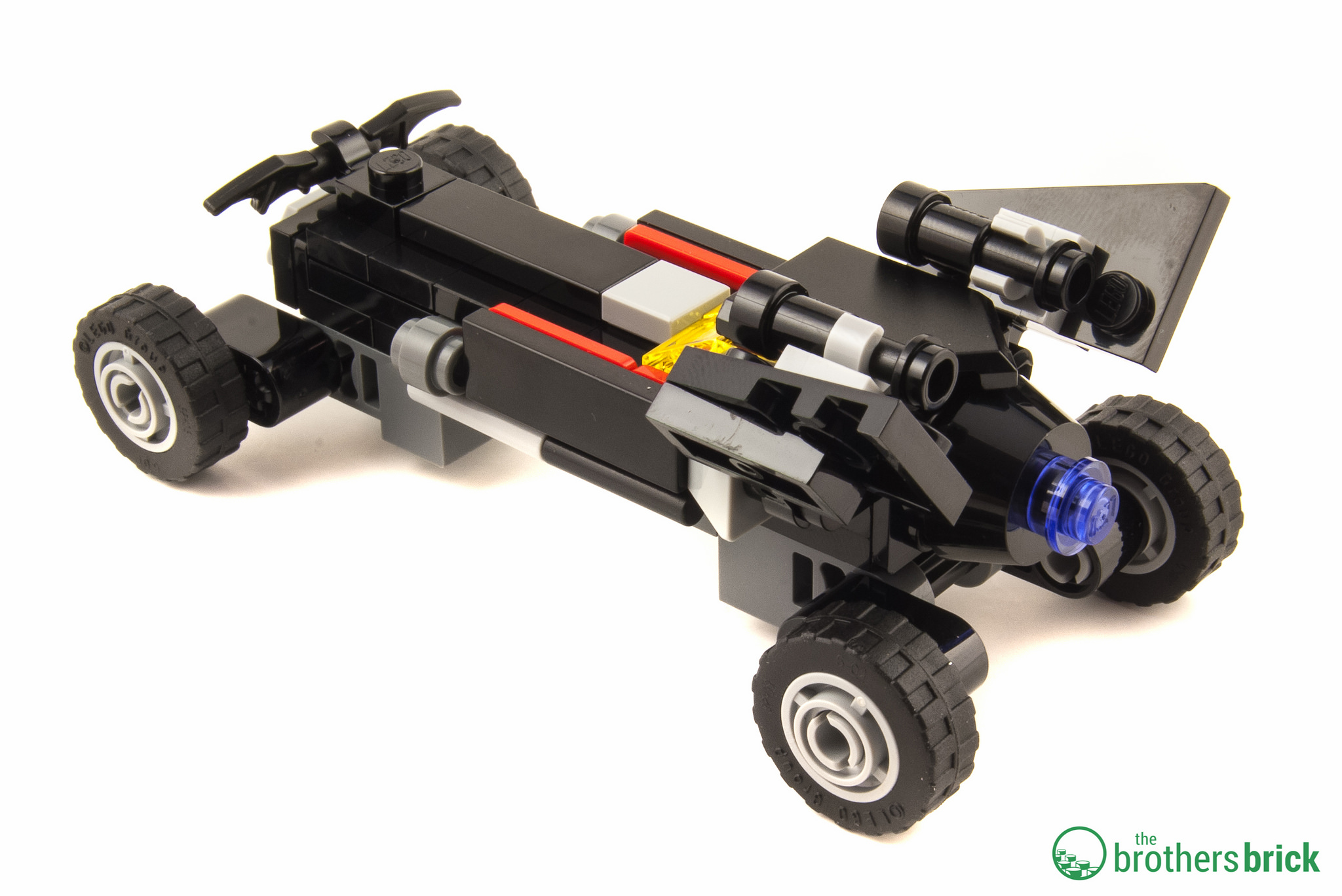 Let’s see how it stacks up against its big brother. Not bad, actually. I think the mini model would look better with the wheel hubs in red, but overall it’s a pretty respectable interpretation. Of course, the bat emblem on the hood is the same size as on the minifigure version, so it’s technically oversized for the mini model, but it really doesn’t look too bad. If you like the design of the new Batmobile, this set will be worth adding to your collection. 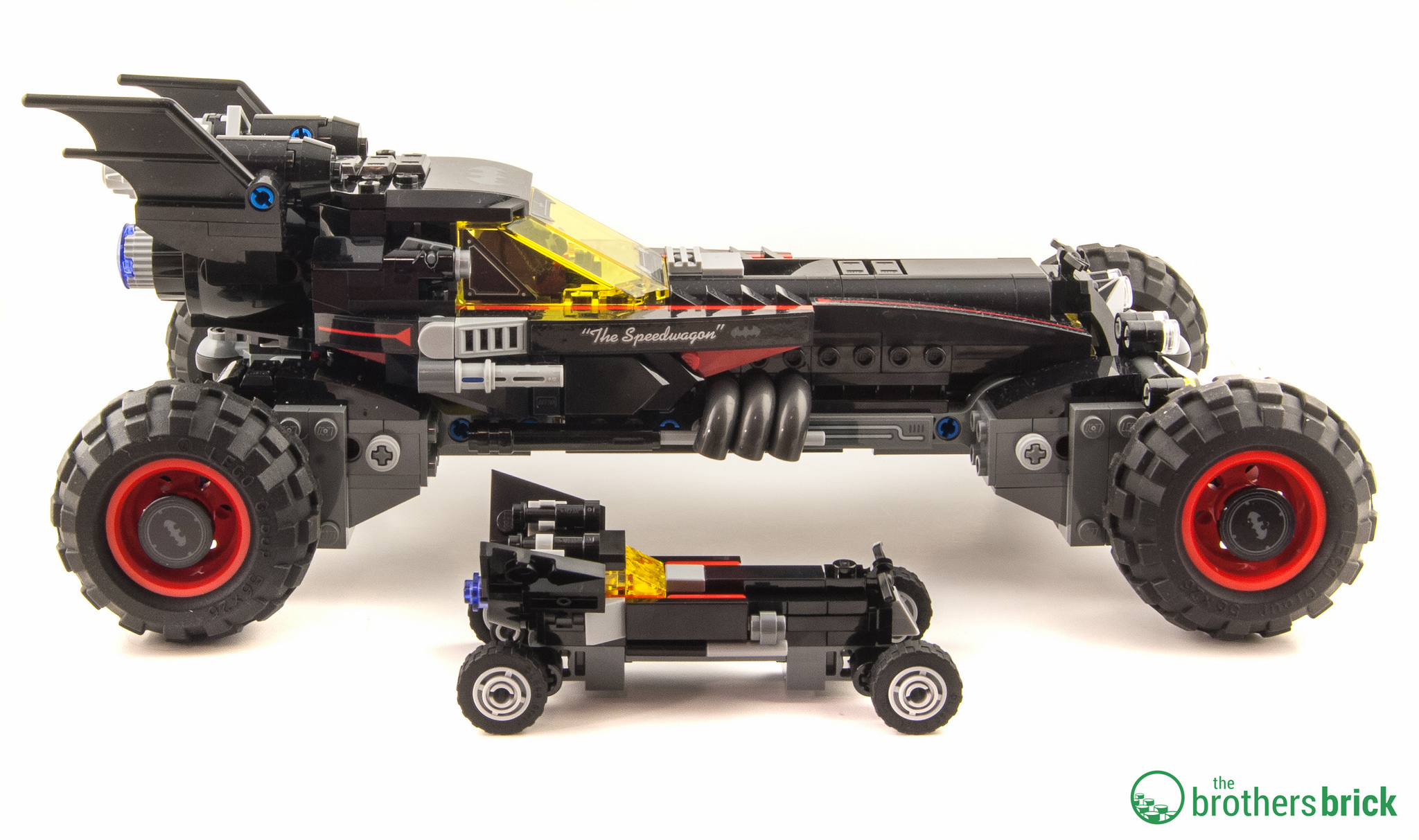 30524 The Mini Batwing
This tiny flier is actually packed with a lot of good pieces, assuming you’re like Batman and only build in black (and very dark grey). You’ll get two black shield tiles, seven black 1×1 teeth elements, six black baby bows, a pair of black 2×2 wedge plates, and even an old-school grey space camera among the set’s 79 pieces. The cockpit section is built around the camera and attached to a 1×2 plate with vertical handle on the hull, which is moderately clever for a mini model, and the tail is an inverted black tooth. 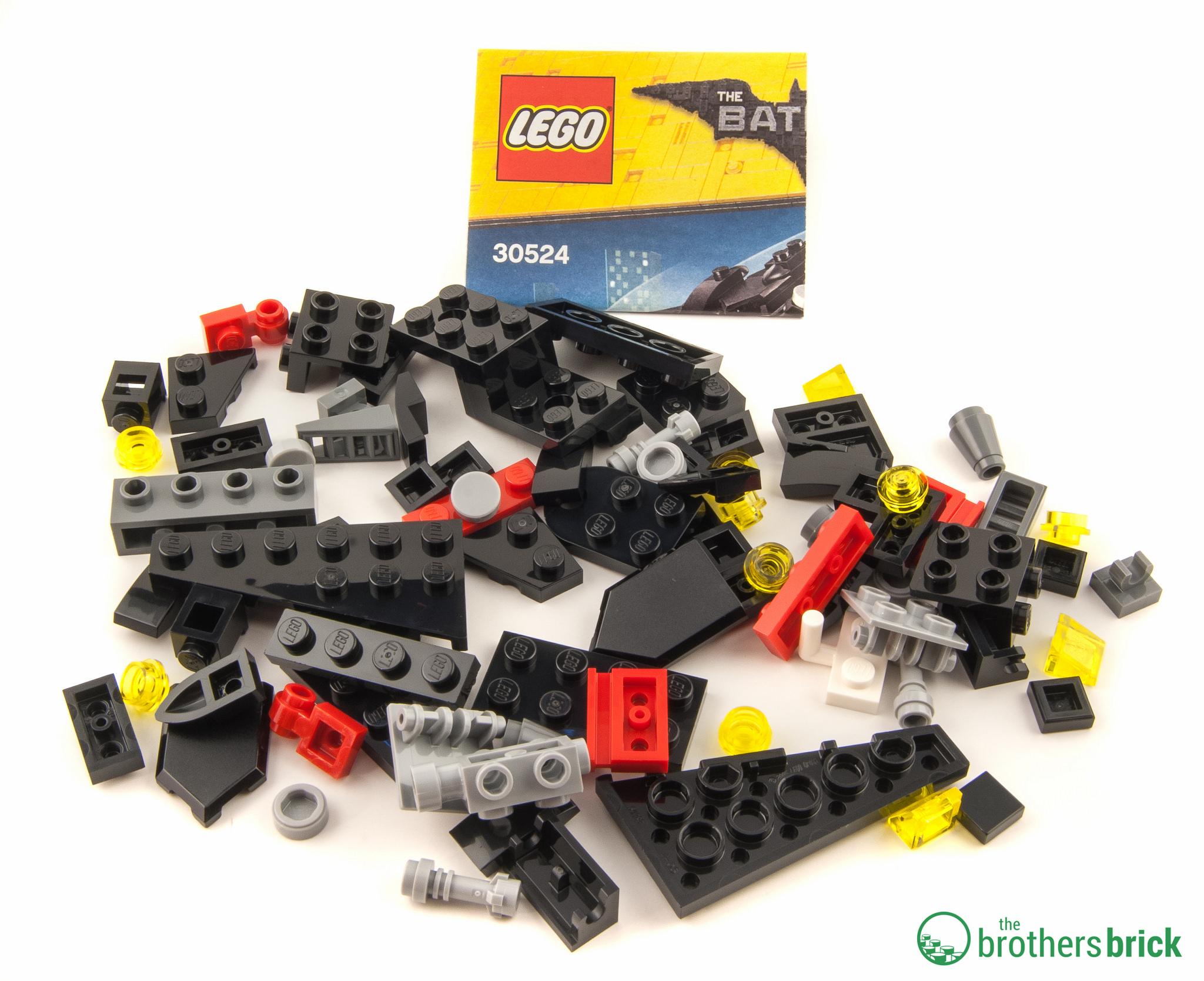 The model looks quite nice, though we don’t have any reference material compare it against. 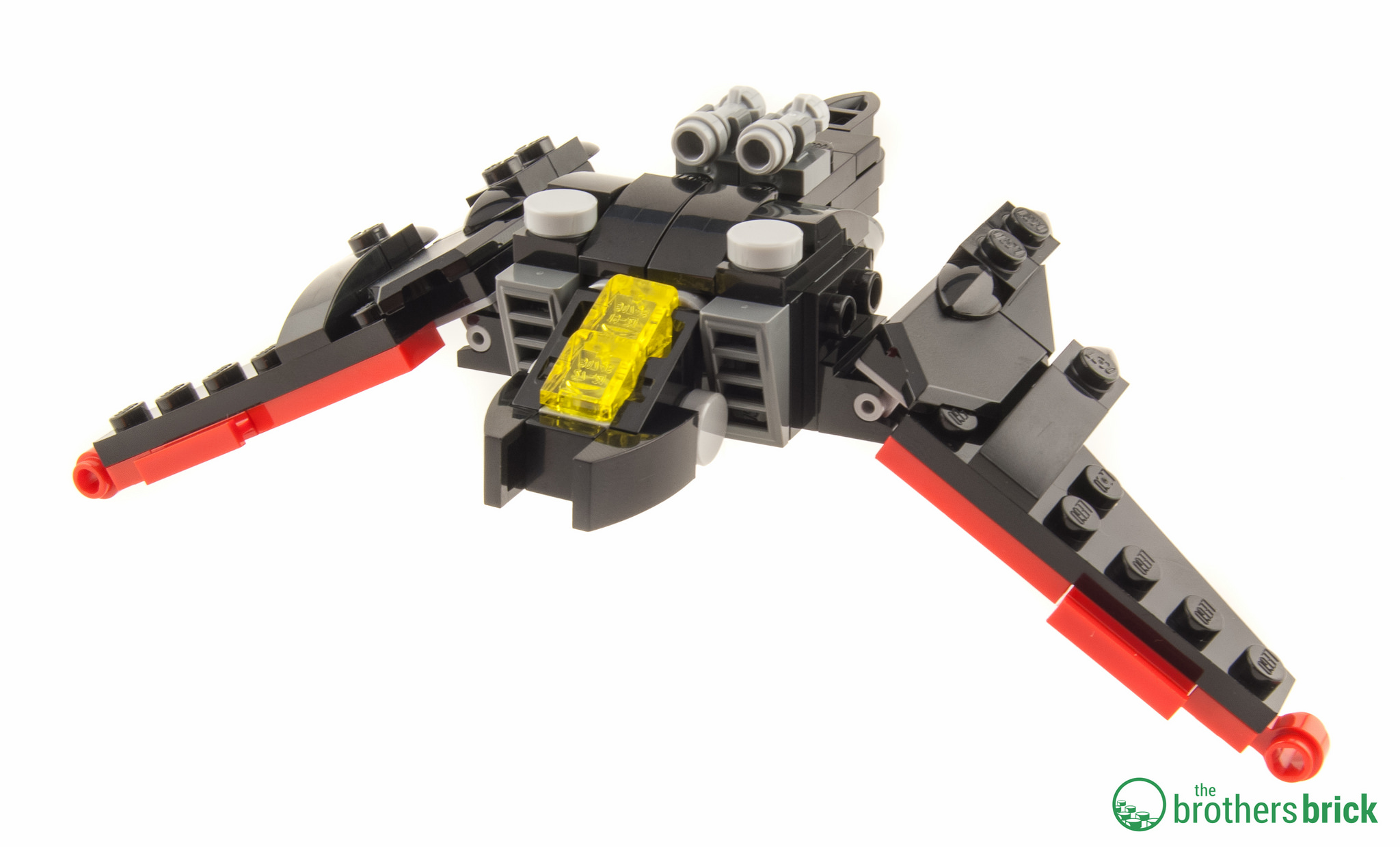 Play features are pretty limited. The wings can fold from straight horizontal to vertically down, and the cockpit can come off as a type of ejection seat, though I don’t know if that’s intentional. 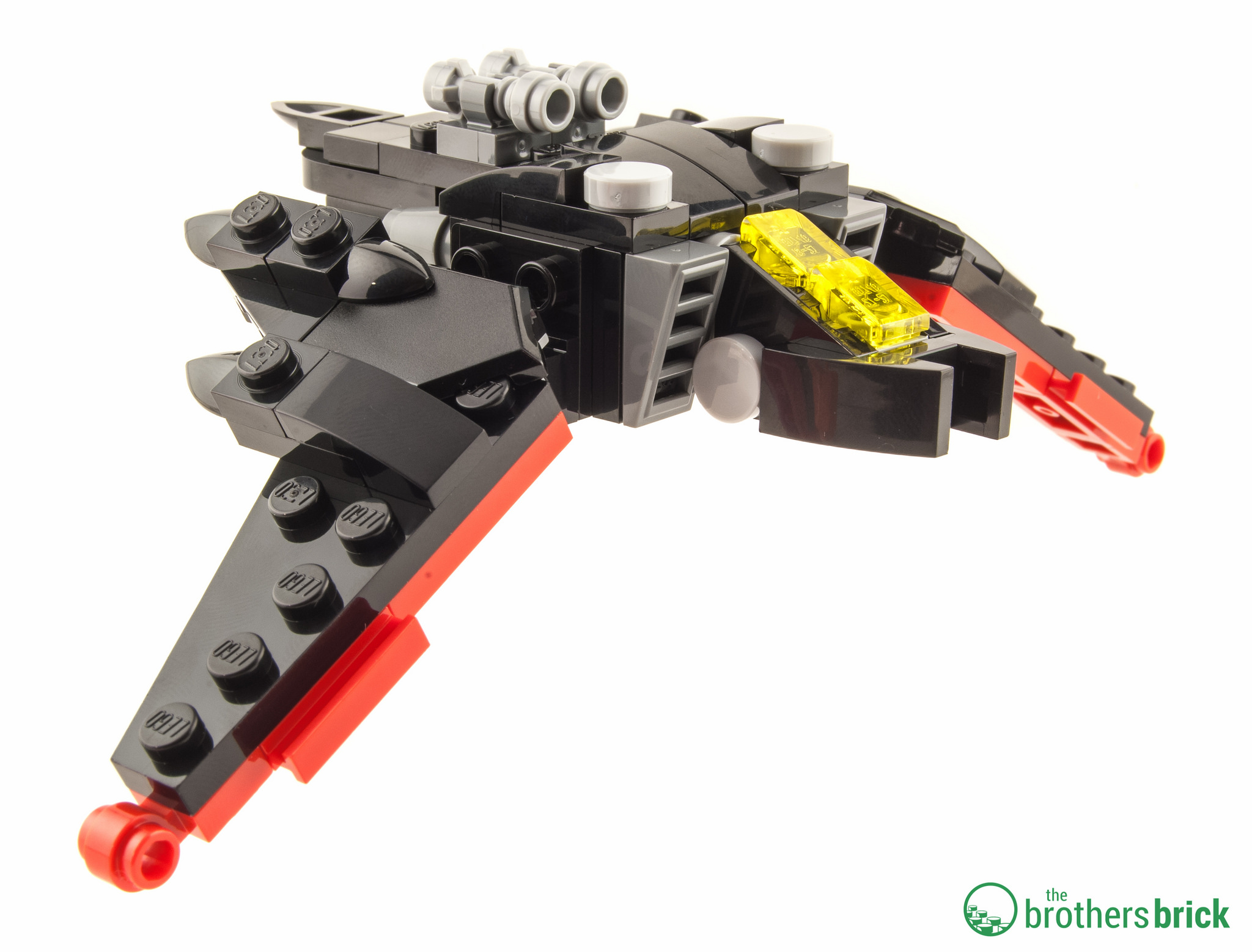 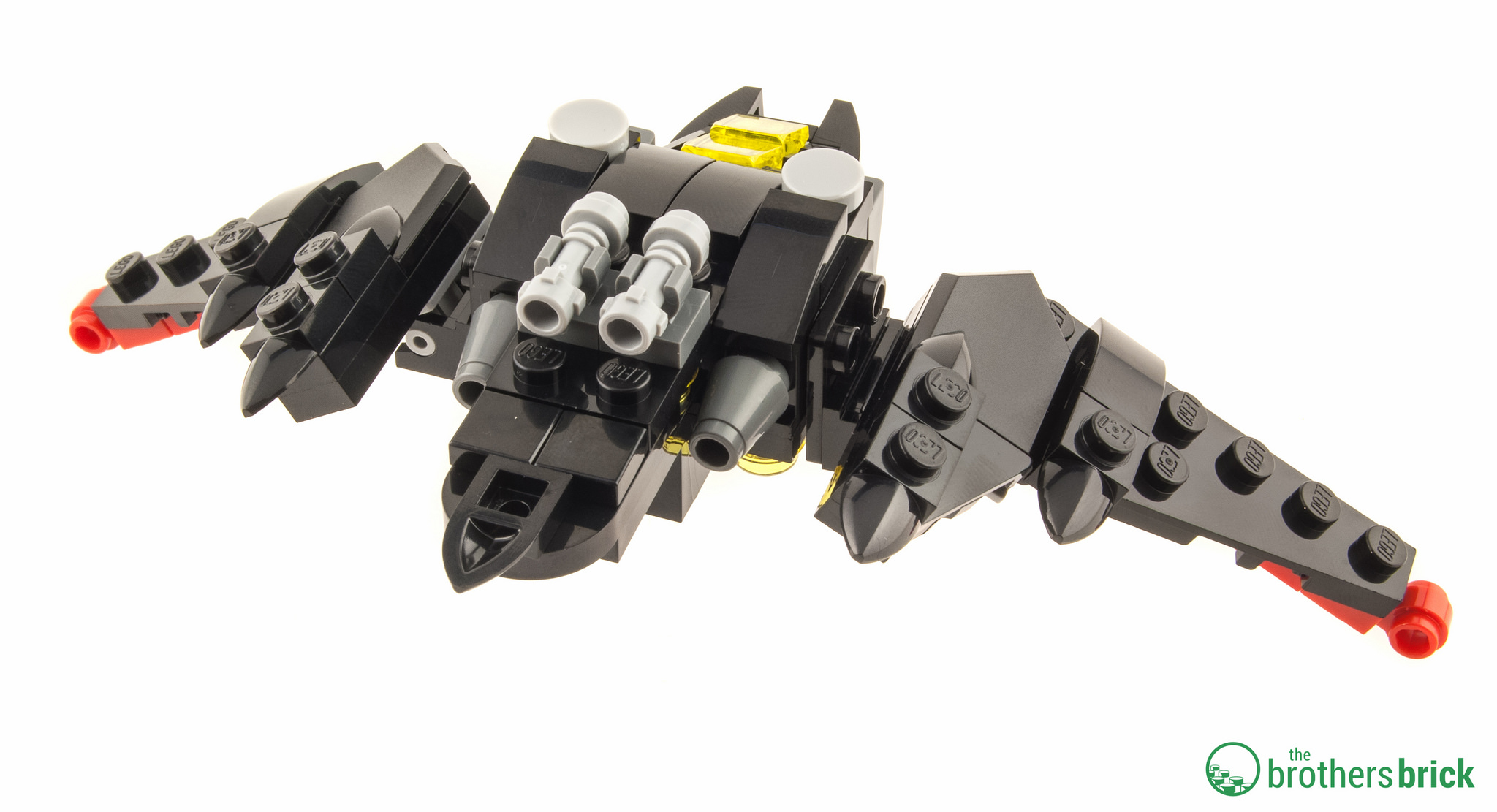 The profile from above with the wings outstretched is pretty awesome though, making this tiny set is definitely worth picking up. 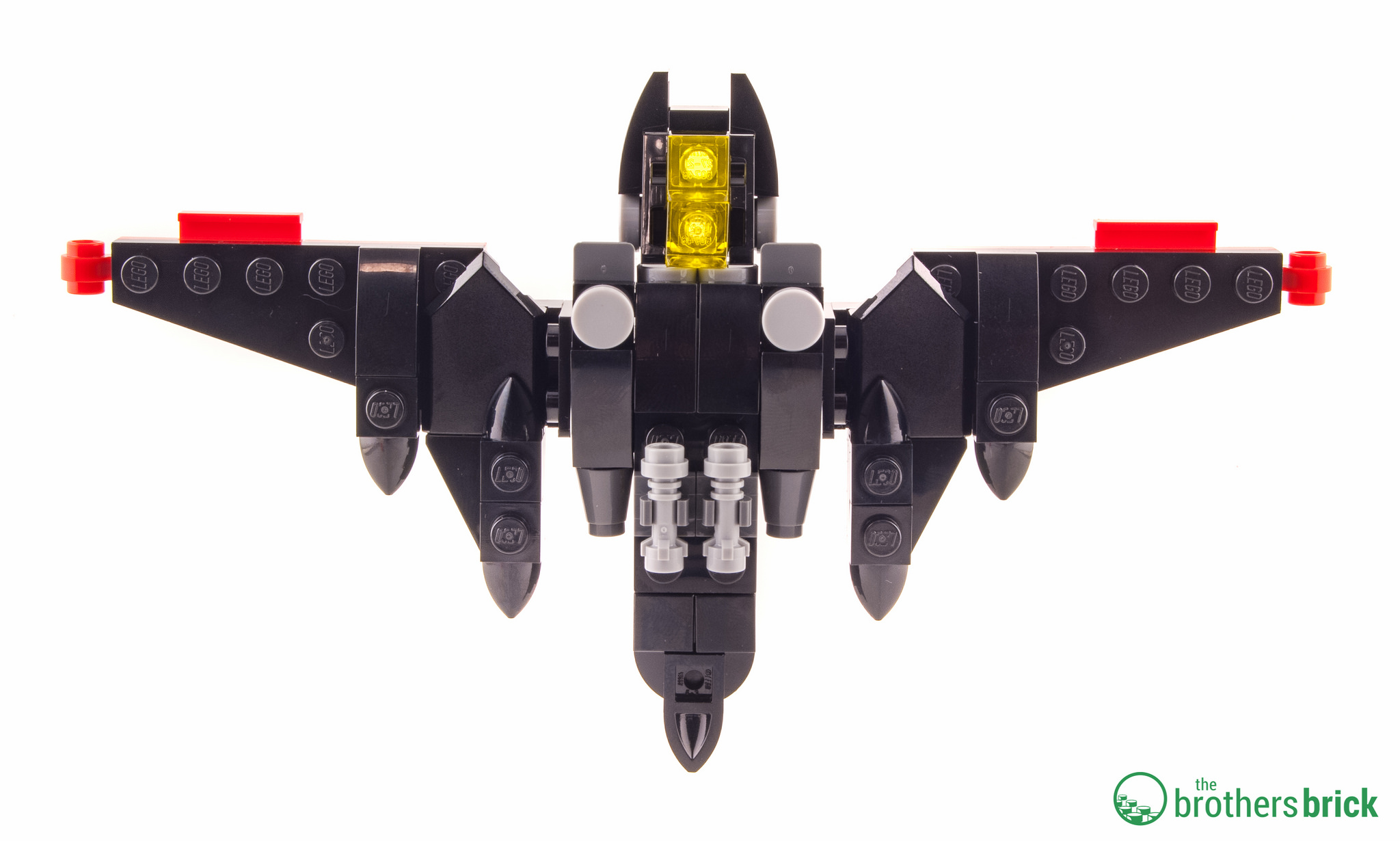 Get 30524 The Mini Batwing free from the LEGO Shop Online!