One of the scenes I found most interesting in Star Wars: The Force Awakens was the sight of an Imperial star destroyer rusting into oblivion on Jakku. I imagined other relics of the fallen Empire scattered and forgotten on planets throughout the galaxy. Austrian builder sanellukovic does a fantastic job expanding this element of the story with his depiction of a derelict Imperial shuttle. 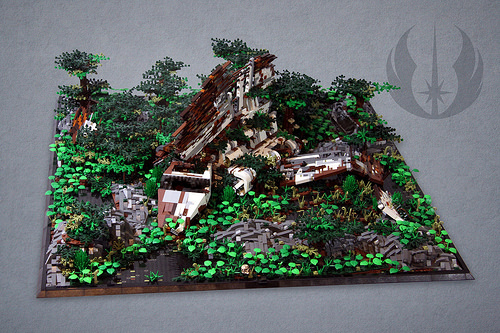 The builder has taken the UCS Imperial Shuttle design and turned it into an ugly, rusting pile of junk – and I mean that in high admiration. A lot of builders (including myself) would have felt just fine breaking the shuttle apart, scattering it across a landscape scene and calling it good. This builder, however, went so much further, creating a scene so full of character I wish it had been in the movie. Note the busted windshield, rust patterns and jungle overgrowth. The ship’s layout is spot-on, particularly the crumpled wings and the way the dorsal stabilizer leans forward as if it was just barely holding together. 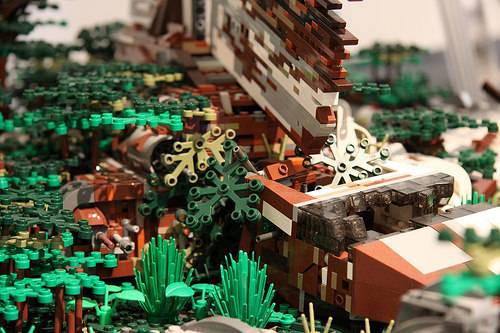 The jungle looks wonderful too and adds a nice sense of mystery and abandonment to the creation. How exciting it would be to stumble upon this during a trek through the woods!