Disney’s newest addition to their wildly successful Disney Princess franchise, Moana, is in theaters now, and is itself wildly successful. Worldwide, Moana has brought in over $240 million USD, with that number expected to rise. LEGO has release two sets for the movie; we’re reviewing the first of these for you today: 41149 Moana’s Island Adventure. This set is 205 pieces, $24.99 and available now. 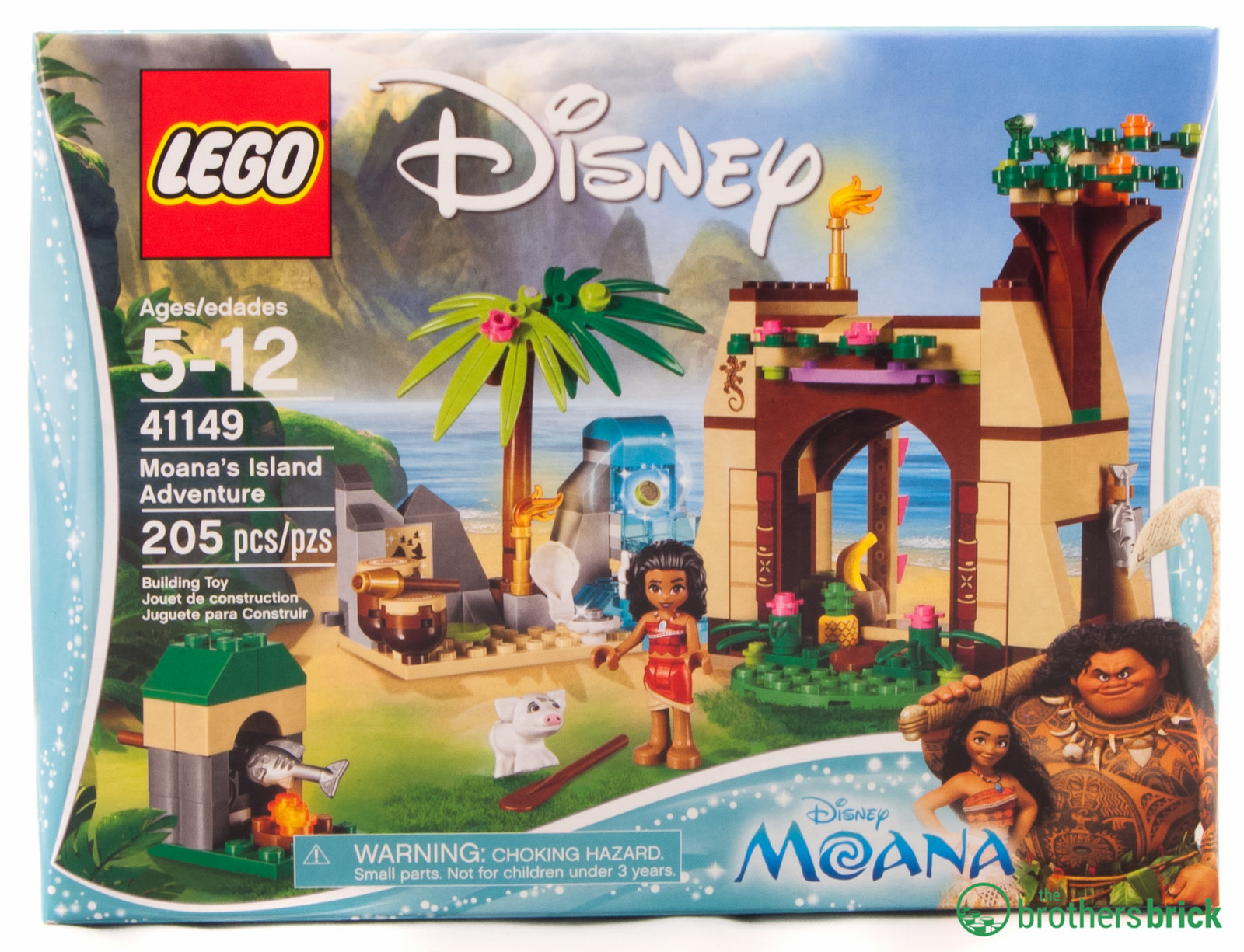 We’re going to talk about the film a bit in this review, so be warned of spoilers ahead. 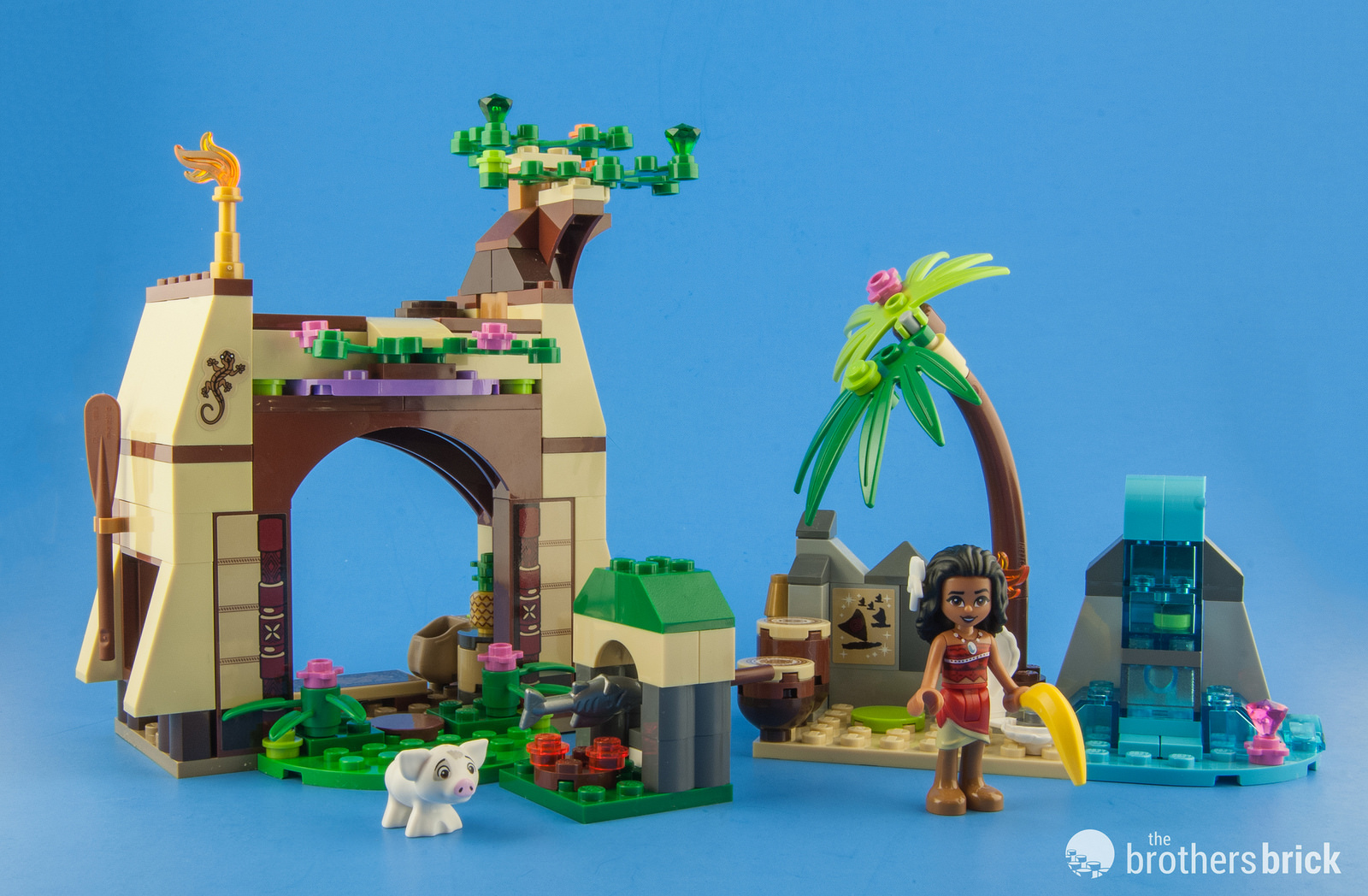 This set features the cave with outriggers and the waterfall, a roasting spit, Moana’s home, Moana herself, and her pig Pua. The pig is absolutely adorable and manages to look quite a bit like his movie counterpart. Moana’s torso printing is what she wears most of the film, and her hairpiece has a pin hole for a white flower, though on the wrong side. This is the first set to feature the 5 petal flower with a pin connection in white. 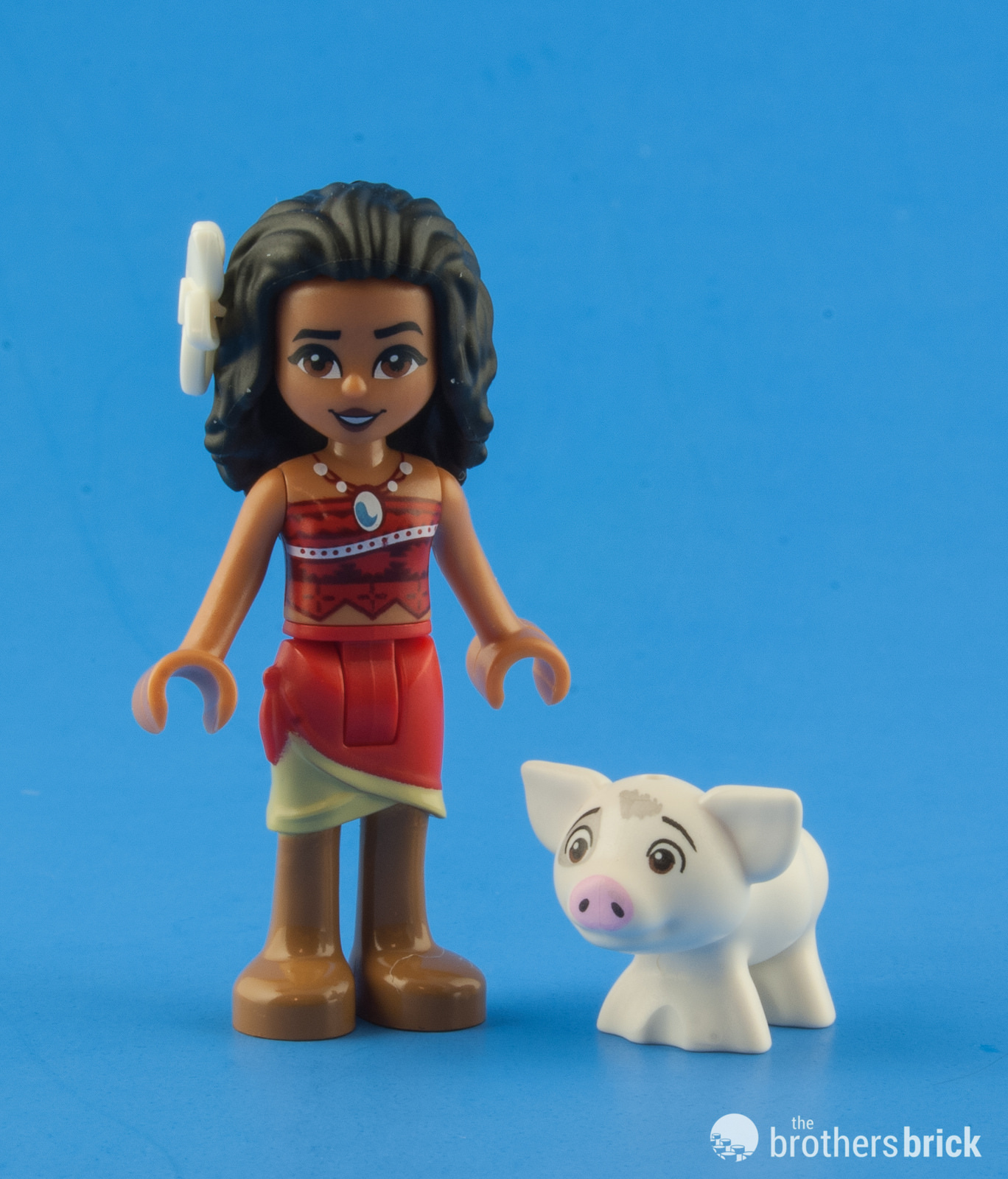 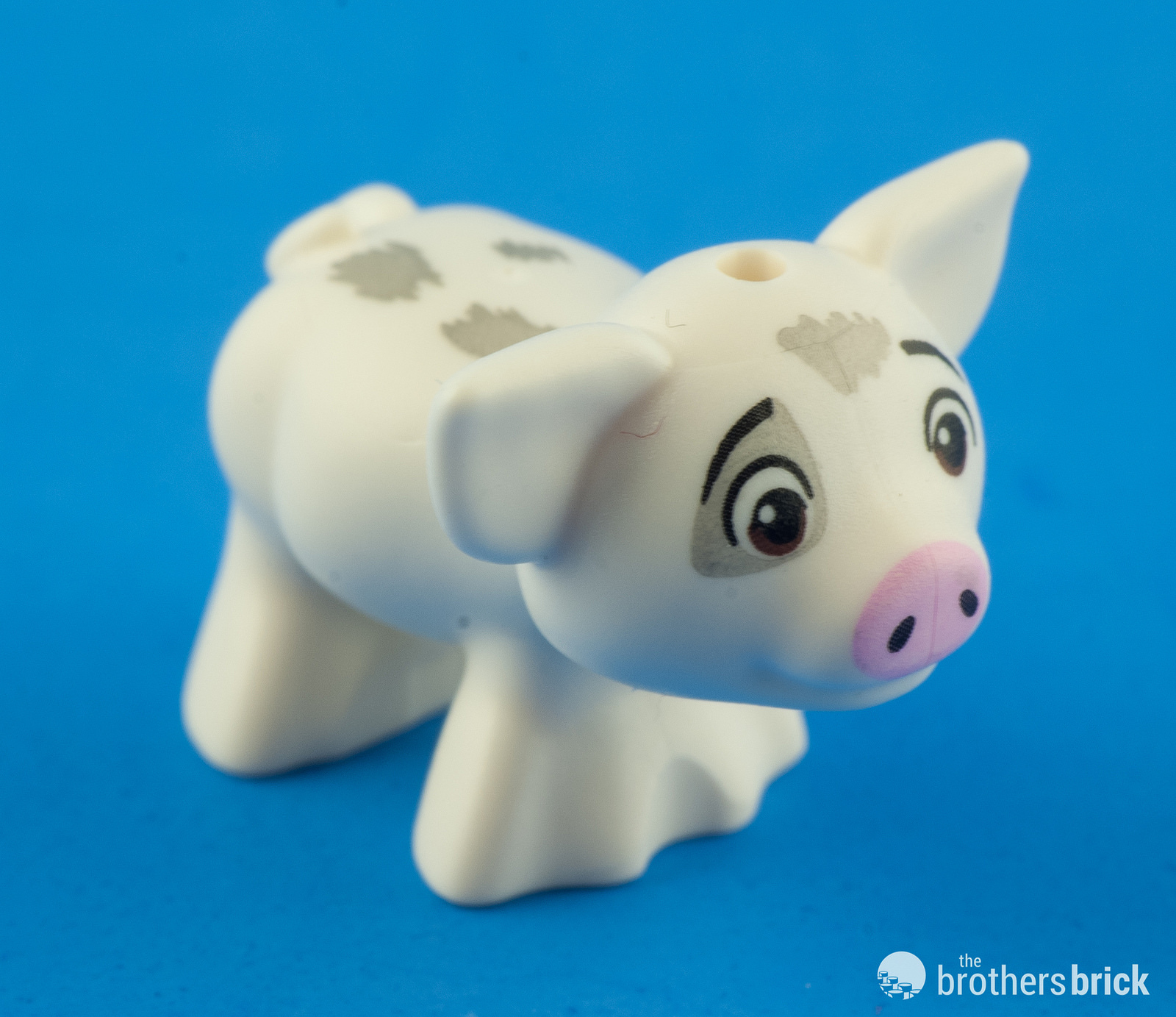 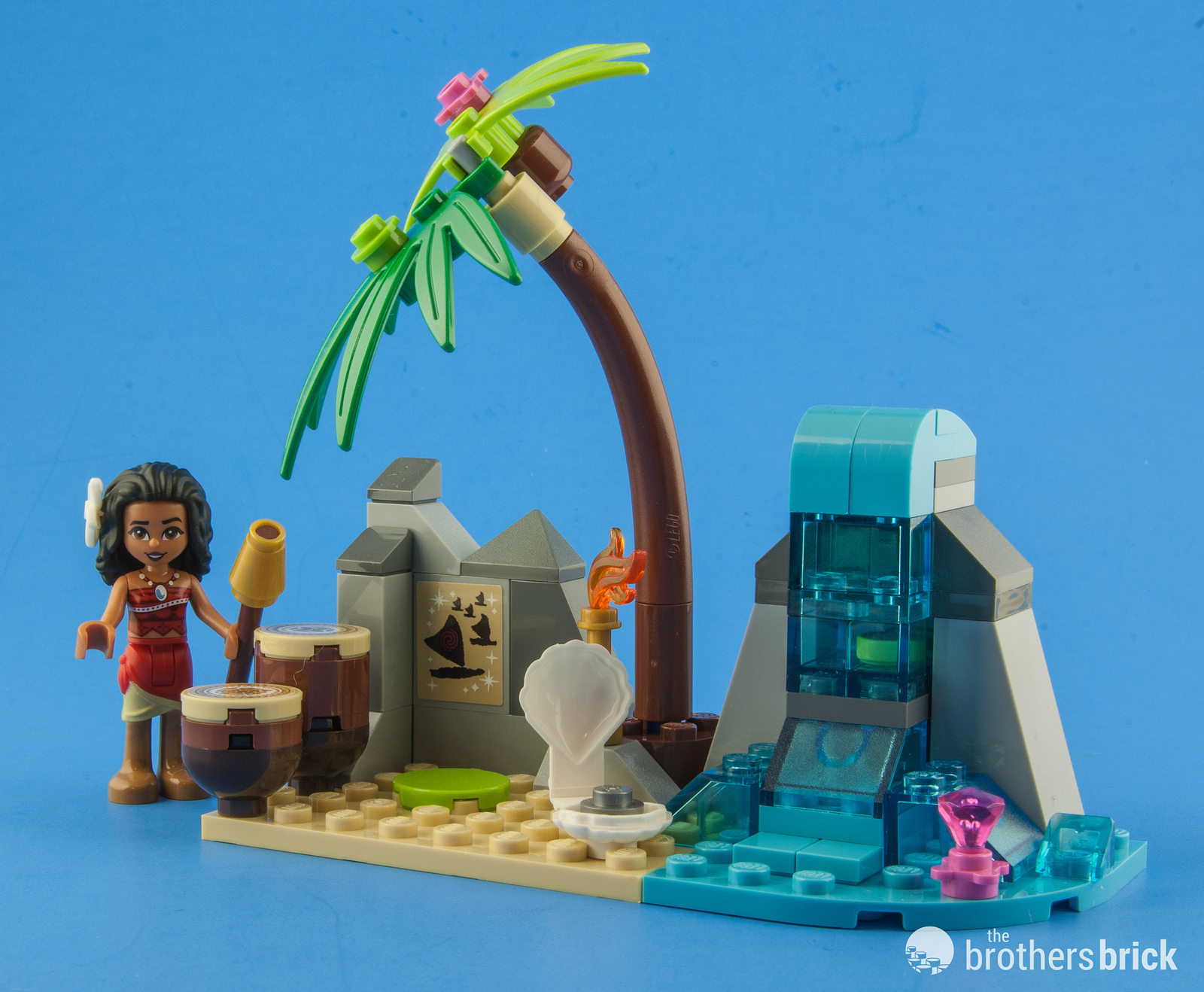 Quite a few of the LEGO Friends, Disney, and Elves lines are made up of smaller structures that come together as a playset, and Moana’s Island Adventure follows suit. The first bag builds the beach scene with the cave, waterfall, and the roasting spit. The waterfall is nicely designed and hides The Heart of Te Fiti (a printed 1×1 round tile), which isn’t quite the way the Heart showed up in the film. The beach scene features a rock outcropping that I’m assuming is the hidden cave of outriggers, with sailing motifs and two drums. The cave in the film is massive, and hidden behind a very large waterfall. For a small interpretation with a few dozen pieces this playset does okay, but only vaguely resembles what’s in the film. 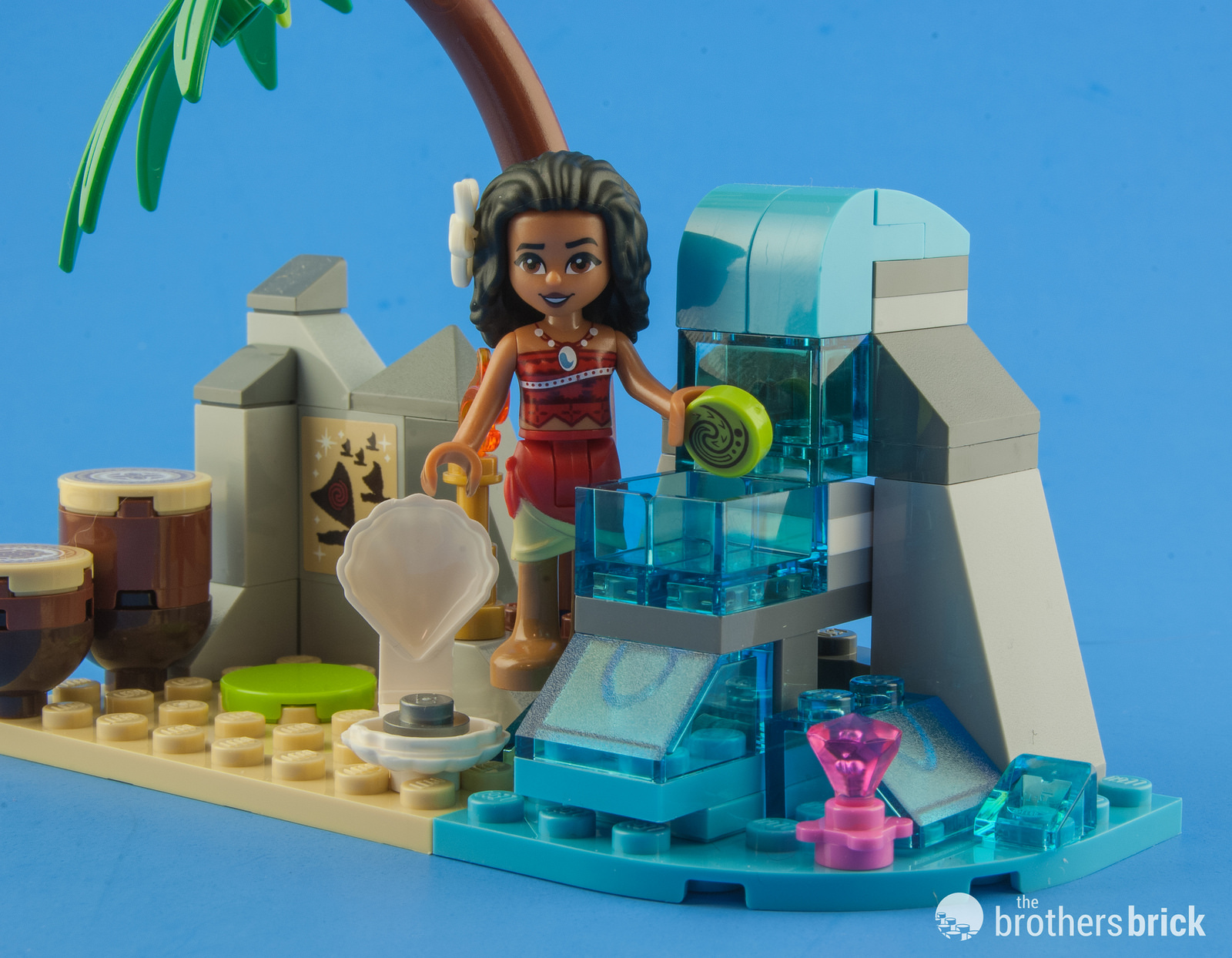 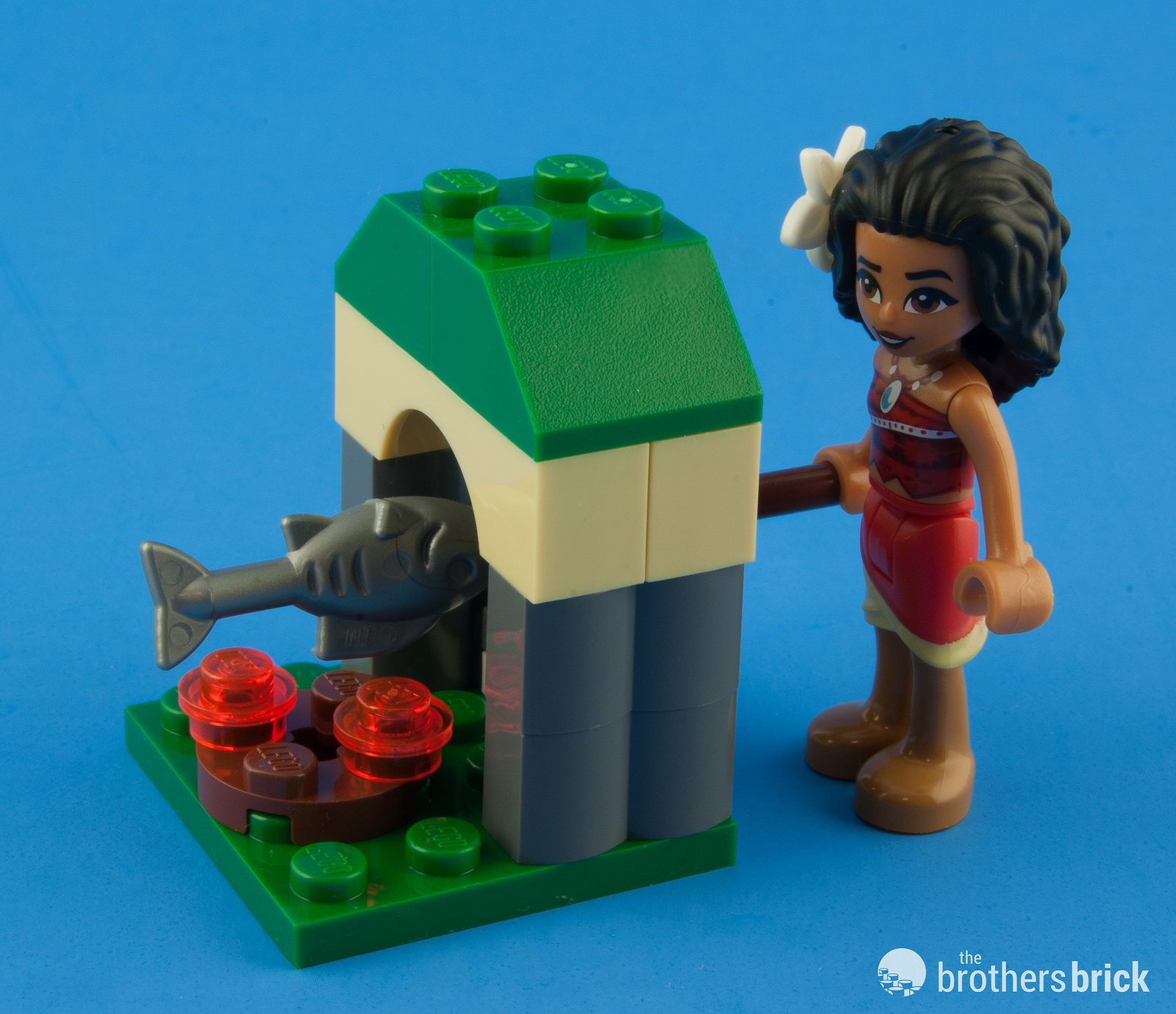 A quick note on stickers: I’m building these after tackling 41232 Super Hero High School, which had a high number of stickers on difficult curved parts. There are 9 stickers for this set, and while I always would prefer printing, these weren’t bad. If I’m going to sticker, I don’t mind the stickers on the 2×2 round tiles, and many of the stickers are lovely designs which will be useful in other builds.

The second half of the set is Moana’s home. This is a fairly simple structure of  tan and brown bricks with a tree growing out the side. There’s a little purple outcropping and pink stairs. It’s pretty solid and reminds me a lot of some of the older castle sets, actually, with walls and arches. You have the pineapple print on the minifig head, along with lovely weaving stickers on 2×4 tan tiles. Like the first part of the build, this is a vague interpretation of the buildings in the film, and feels more like a conglomeration of the buildings on screen mixed with with LEGO’s preference to put trees on things. 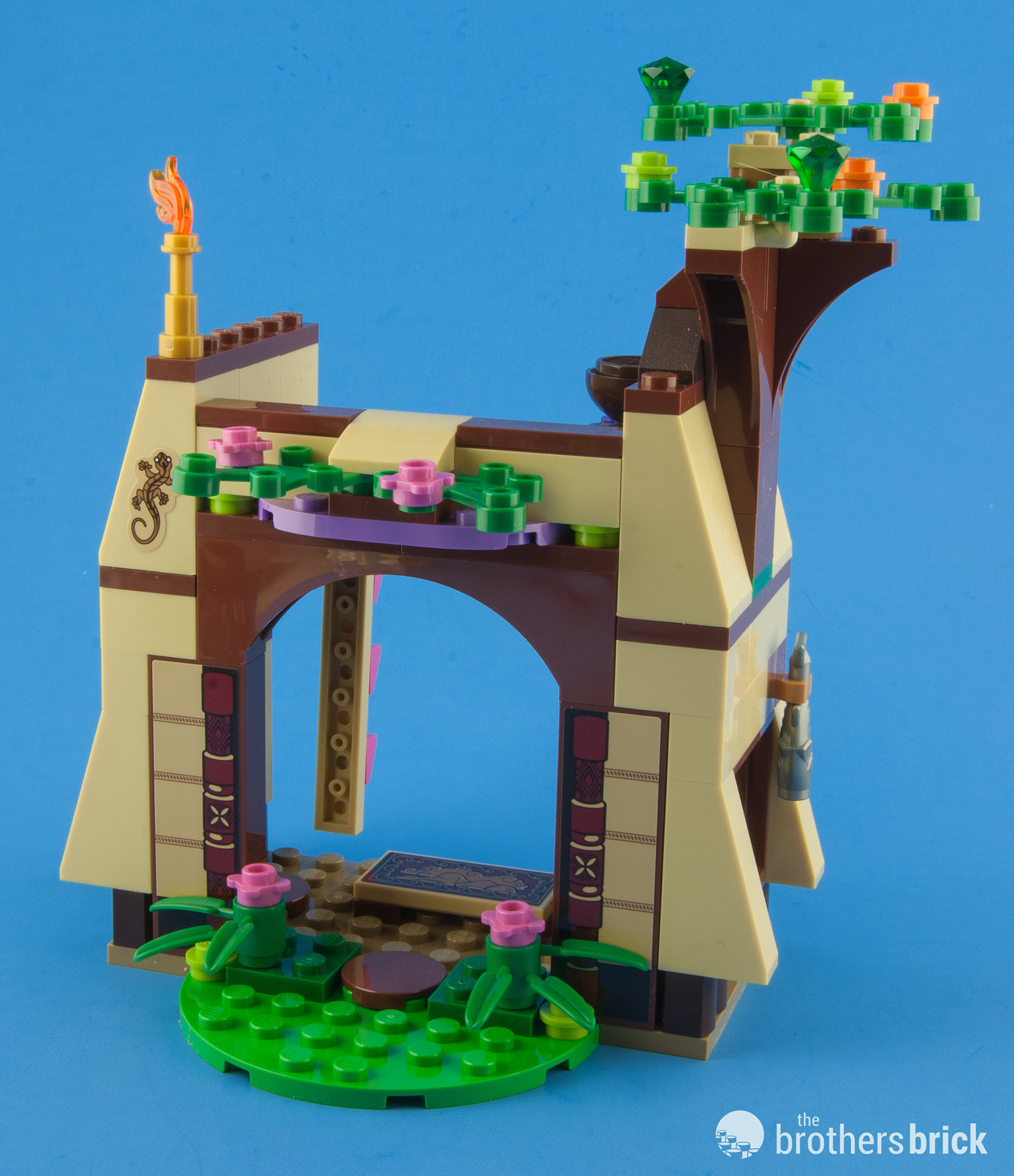 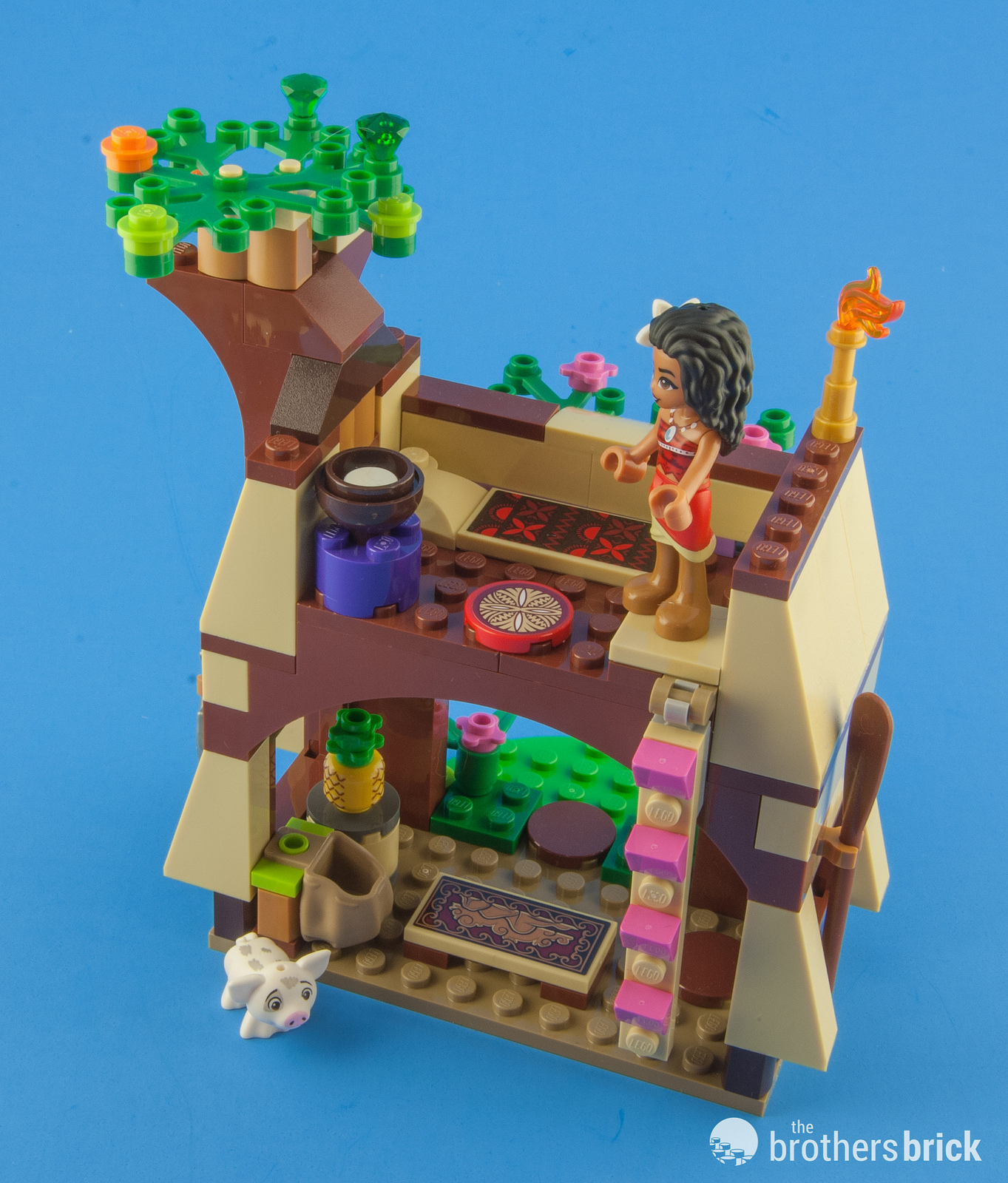 If you’re looking for a screen-accurate representation of Moana’s village, you won’t find that here. But what you will find is a fun little playset, made of a good collection of parts in great colors (tan, brown, grey) and interesting pieces like Pua, the Heart of Tefini, 2×2 round inverted domes, and the stickered tiles. There are no new molds for parts (save for the piggy), but there are pieces in new colors which are always a welcome addition.

This set is currently available on Amazon.