With Rogue One having just been released, I’m in a Star Wars mood. While there’s been a lot of both fan builds and official LEGO sets from the movie already, Eric Druon is going in a more nostalgic direction with a charming diorama of Cloud City (Bespin) from The Empire Strikes Back. 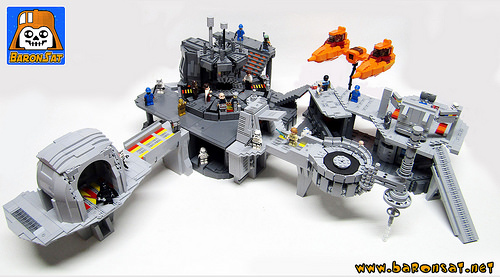 While not a sweeping recreation of the entire city, all the important elements are here: the meeting with Vader, the carbon freezing chamber, the Cloud Car, and a few other little details.

Make sure to check out the builder’s photostream to see each segment of the build in detail. It seems to have been created in a modular fashion so each scene can be displayed on its own. Also check out Eric’s Death Star play set that we featured recently.