UK retailer John Lewis have teamed up with the UK’s only LEGO Certified Professional Bright Bricks to recreate 5 years of classic John Lewis Christmas adverts. Something of a UK Christmas tradition for the past 10 years, the John Lewis’ adverts are eagerly awaited at the beginning of each festive season, ready to tug on heart-strings, bring a smile, and generally start the festive snowball rolling. The brick-built creations took a team of seven expert LEGO builders 116 hours to construct and comprise a staggering 9,400 bricks in total.

The 5 John Lewis adverts were shown between 2012 – 2016 and Bright Bricks captures the iconic moment from each advert. In 2012, the advert depicted a snowman’s epic journey across mountain, highway and manic shoppers to return to his waiting ‘snow-woman’ on Christmas morning. The Journey has 1,800 bricks and took 18 hours to build. 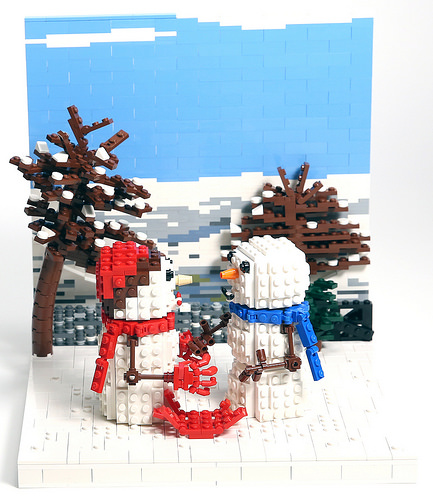 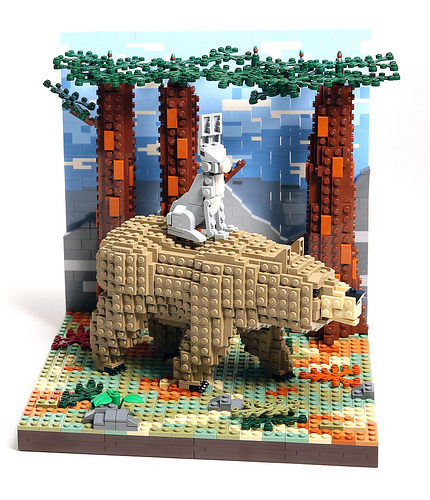 2014’s advert had Monty the penguin helping out with a little LEGO building and the joy when Monty meets his mate on Christmas morning. Monty the Penguin has 2,300 bricks and took 22 hours to build. 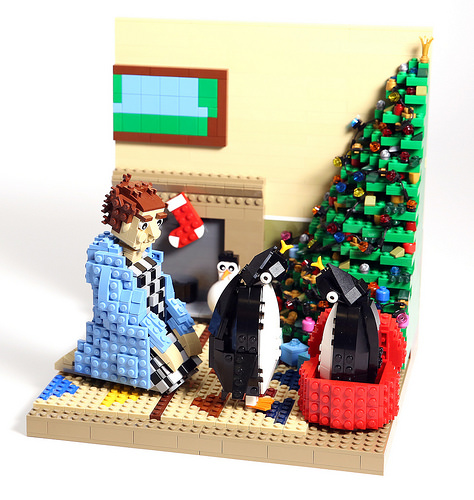 In 2015, John Lewis teamed up with the charity Age UK and the advert theme centred around showing someone they’re loved at Christmas time. Lily’s quest is to make sure the man on the moon doesn’t feel alone and receives a special gift. Man on the Moon has 1,700 bricks and took an epic 33 hours to build. 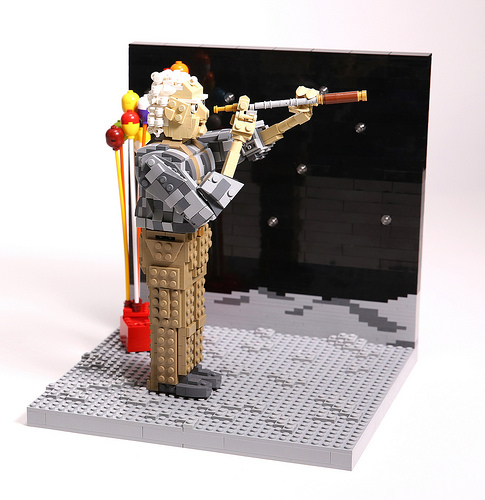 Finally, we have this year’s advert that tells the story of a little girl called Bridget who loves to bounce. When her mum and dad buy her a trampoline for Christmas, they soon discover that she isn’t the only one with a passion for jumping as her Boxer dog shows off his finest trampolinist moves! Buster the Boxer has 1,200 bricks on took 23 hours to build. 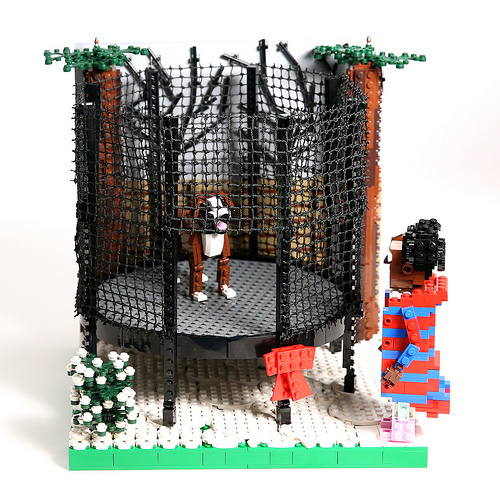 As an extra special treat, everyone is welcome to view the five LEGO scenes on display in the Toys section at John Lewis’ flagship store on Oxford Street, London from now until Christmas Day. Don’t despair if you are unable to go to see the builds in person, as a video showing the building process and close-ups of the final scenes is available to enjoy and relive those perfect LEGO Christmas moments.