Assassin’s Creed II is a video game I consider a must-play, with its incredible interpretation of Renaissance-era Italy, fun and simple stealth gameplay, and Ezio Auditore being my favorite assassin in the series. Builders Jonas Kramm and Brick Vader met up and collaborated on one of the most incredible dioramas in LEGO I have seen — one that undoubtedly does justice to a great game. I spent plenty of time admiring just how much attention to detail these two builders have in their Venice scene, and my favorite details captured have to be the gameplay aspect of Assassin’s Creed brought to life. The facades look climbable, the black pole appears perfectly aligned for a swing into a double assassination on the guards, and of course a cart of hay that make a leap of faith from any height safe. 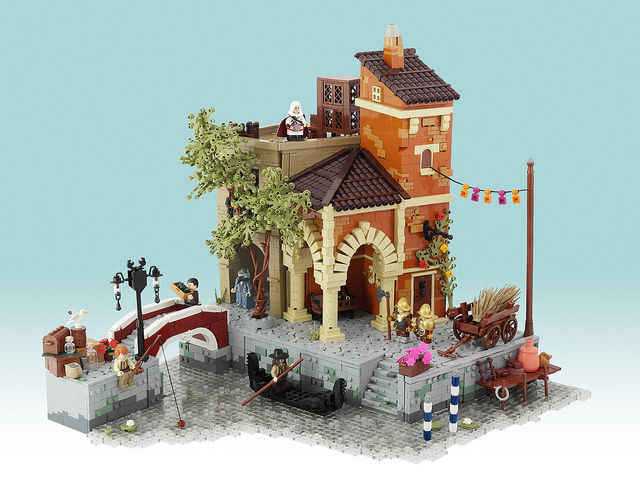 Even if one hasn’t played Assassin’s Creed II, one can still appreciate the iconic, beautifully constructed Venetian architecture and canals. 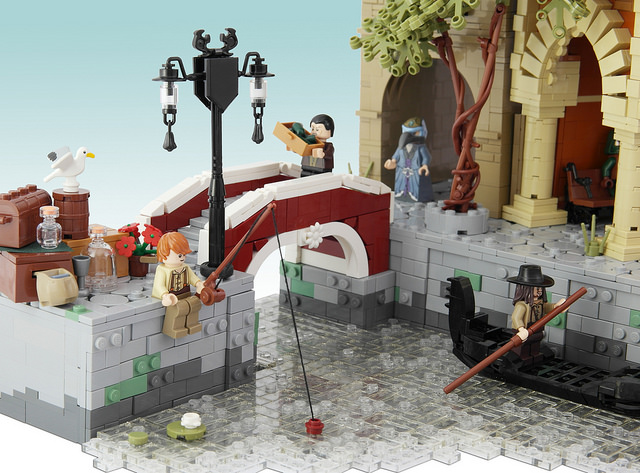 Nothing is true; everything is permitted.