Builder LEGO 7 brings us a beautifully modern two-gate airport. Look closely, because this model is impressively large and very thoroughly detailed with all the hustle and bustle of real aviation. 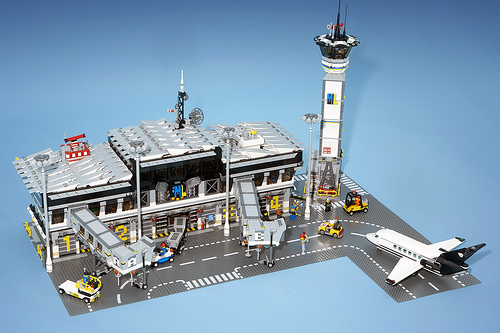 The first minifigure-scale LEGO airport, 6392 Airport, released in 1985. Since then LEGO has produced about a half dozen more, most recently 60104 Airport Passenger Terminal. They’ve all been fantastic sets, and the planes have grown larger and more detailed with each iteration. However, they all suffer from one flaw: the terminals just aren’t big enough, even for very small airports, and none includes a jet bridge. Not so with LEGO 7’s stunning creation, which features not one but two jet bridges so jetsetters in this airport don’t have to step outside to disembark. Check out more photos below.

The gorgeous art-deco emblem emblazoned on the runway-side of the terminal adds instant class. 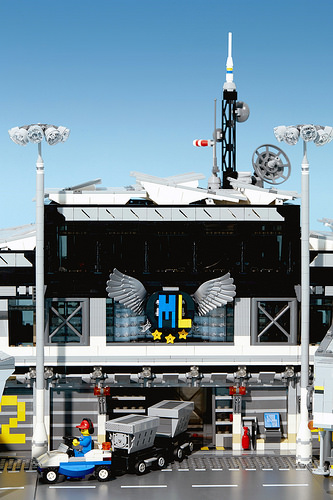 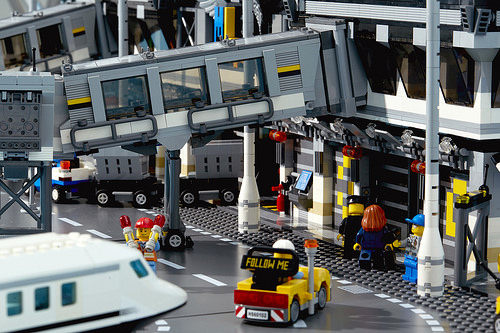 Two-toned letters on the vehicular side let passengers know they’re in the right spot. 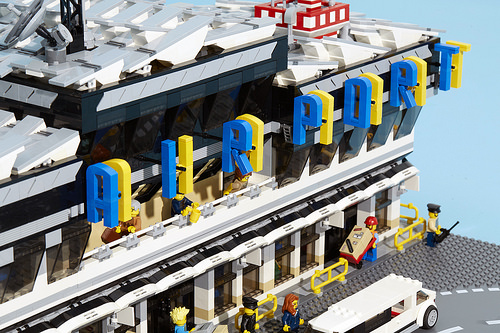 The view from the vehicular side, with an arrival/departure lane for VIPs. 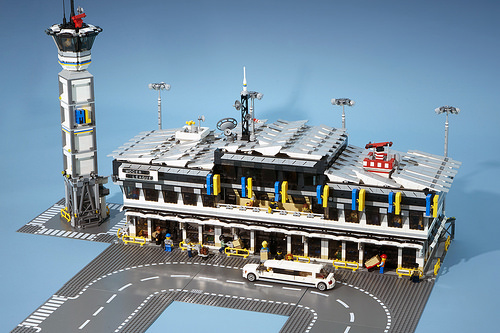 You can check out more photos in LEGO 7’s flickr folder.