Overwatch has spurred builders into a frenzy of creativity, and Tim Schwalfenberg has spent the last couple of weeks building a series of characters from the game to display at his local comic convention. Tim’s character builds include Mercy, Pharah, Reaper, Roadhog, Soldier 76, Tracer and Winston. I’ll start with my favourites: Mercy, a healer and staunch advocate for peace; and Reaper, an extremely volatile mercenary who is a ruthless and remorseless killer. Reaper’s face shaping is spot on and captures this intimidating, cold blooded faceless character to perfection. 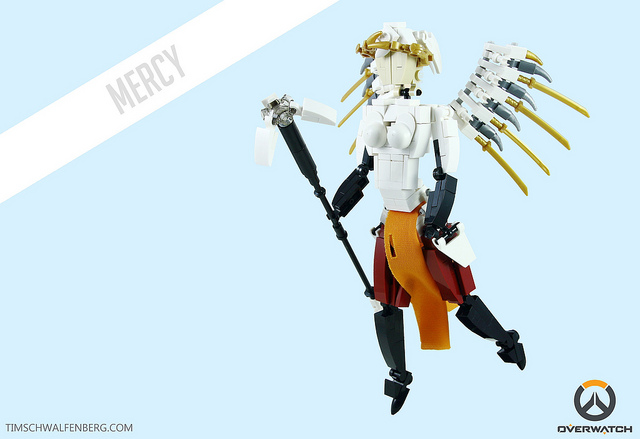 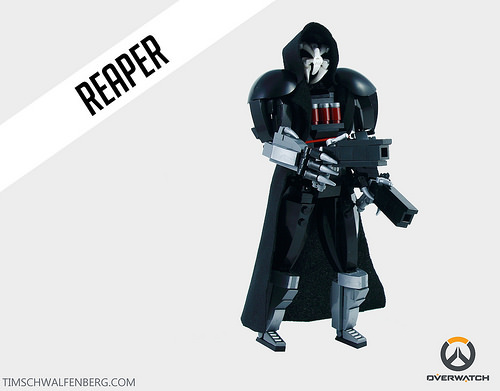 Tim has also captured some ‘tank’ characters who absorb damage and break apart fortified positions, leading the charge against the opposition. Chunky Roadhog and Winston the gorilla with a canon seem to be the perfect tanks to take point position. 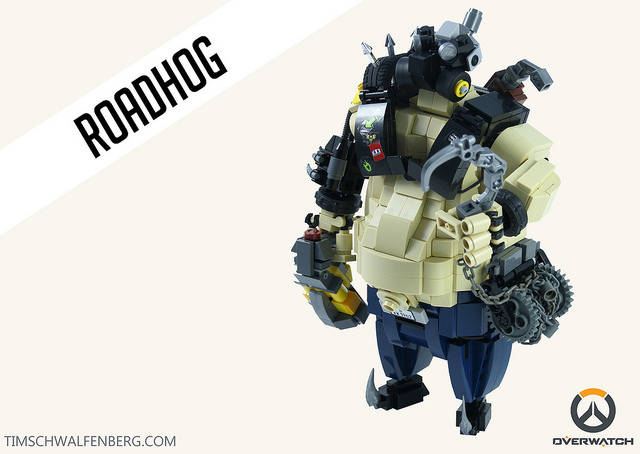 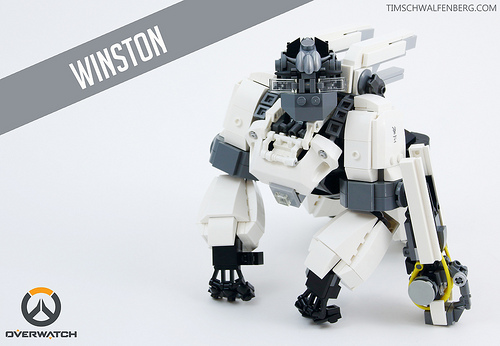 Offense heroes are the damage dealers on their team who seek out, engage, and destroy the enemy. We have already seen Reaper, but Pharah is a chick armed with rockets and an airborne combat suit who will let rockets rain down upon the enemy. Soldier 76 has a lovely looking Heavy Pulse Rifle and the legs of a sprinter as depicted by Tim’s LEGO creation. Finally, we have Tracer wearing her figure-hugging orange combat pants, very shapely yet dangerous with a pair of pulse pistols in her hands. 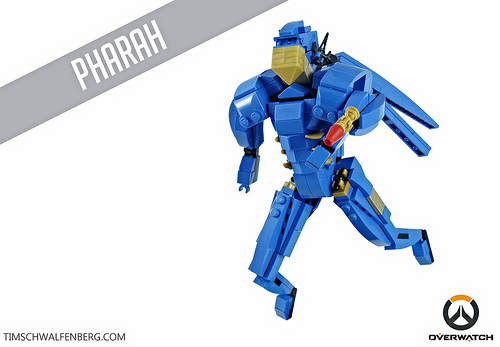 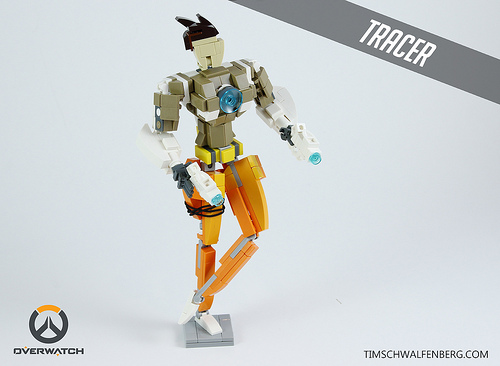 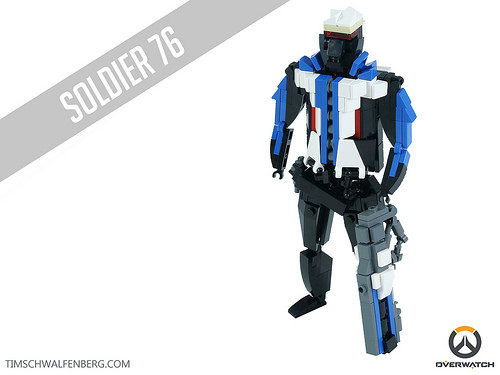 The official collective noun for heroes is a frailty of heroes, but it seems so wrong to use the word ‘frailty’ to describe these fantastic characters. There are more Overwatch heroes still waiting to be built despite Tim’s best efforts with this team.