David Roberts came up with this very unusual design for a LEGO mining spacecraft with an equally unusual back story. The Platinum Asteroid Collector – Manned Auxiliary Node (more commonly referred to by it’s crew as the PAC-MAN) funnels asteroids into a mouth-like scoop at the front, and is painted bright yellow to increase visibility so that laser operators on the mothership would not blast it to pieces. 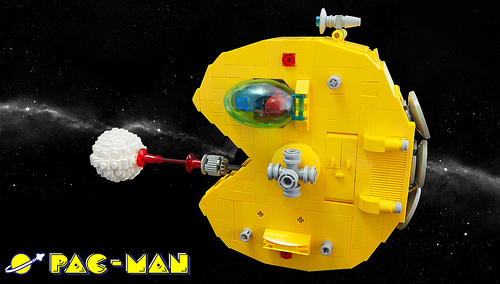 In this alternative view below, the hatch of the top is open and a drone can be seen examining a small asteroid in search of precious minerals. Apparently a computer game was later created that featured likenesses of these ships. Although to be honest, it doesn’t ring any bells. 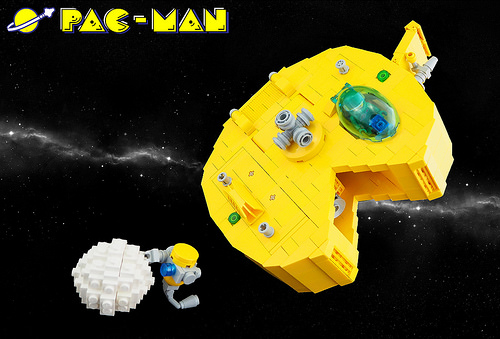