Korean building team OliveSeon has revealed the first views of their massively impressive Imperial Star Destroyer. Built by Hobbyinside and designed by ByeongSoek Kim, this 2.2m long slice of shiny grey starship uses approximately 42,000 bricks and took around 1000 hours to build. At present, only the main side views have been revealed, but the group promises that more detailed views will follow. This ship has a beautifully smooth, aerodynamic SNOT design, with the LEGO studs well hidden beneath a lot of hours of design and building work. 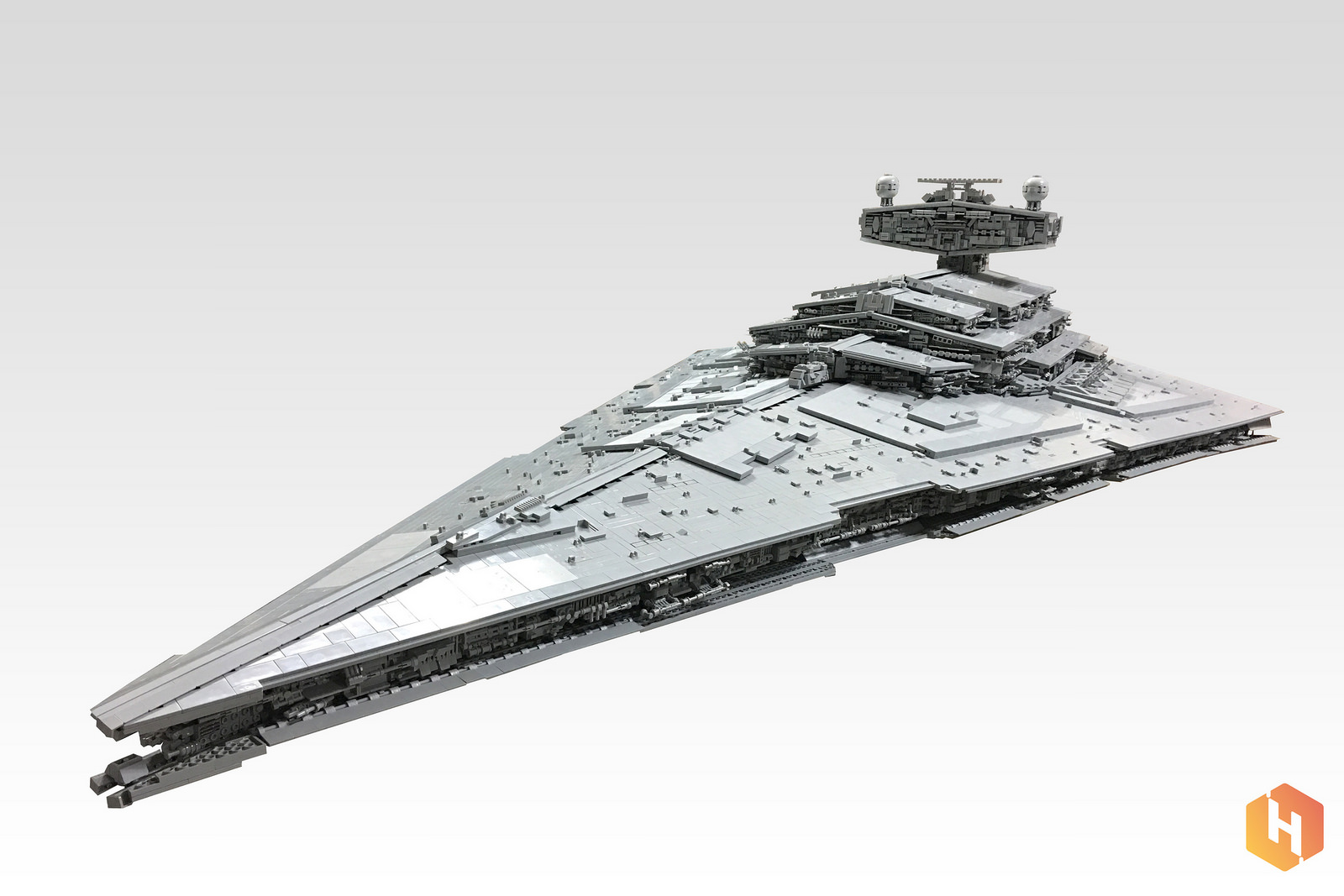 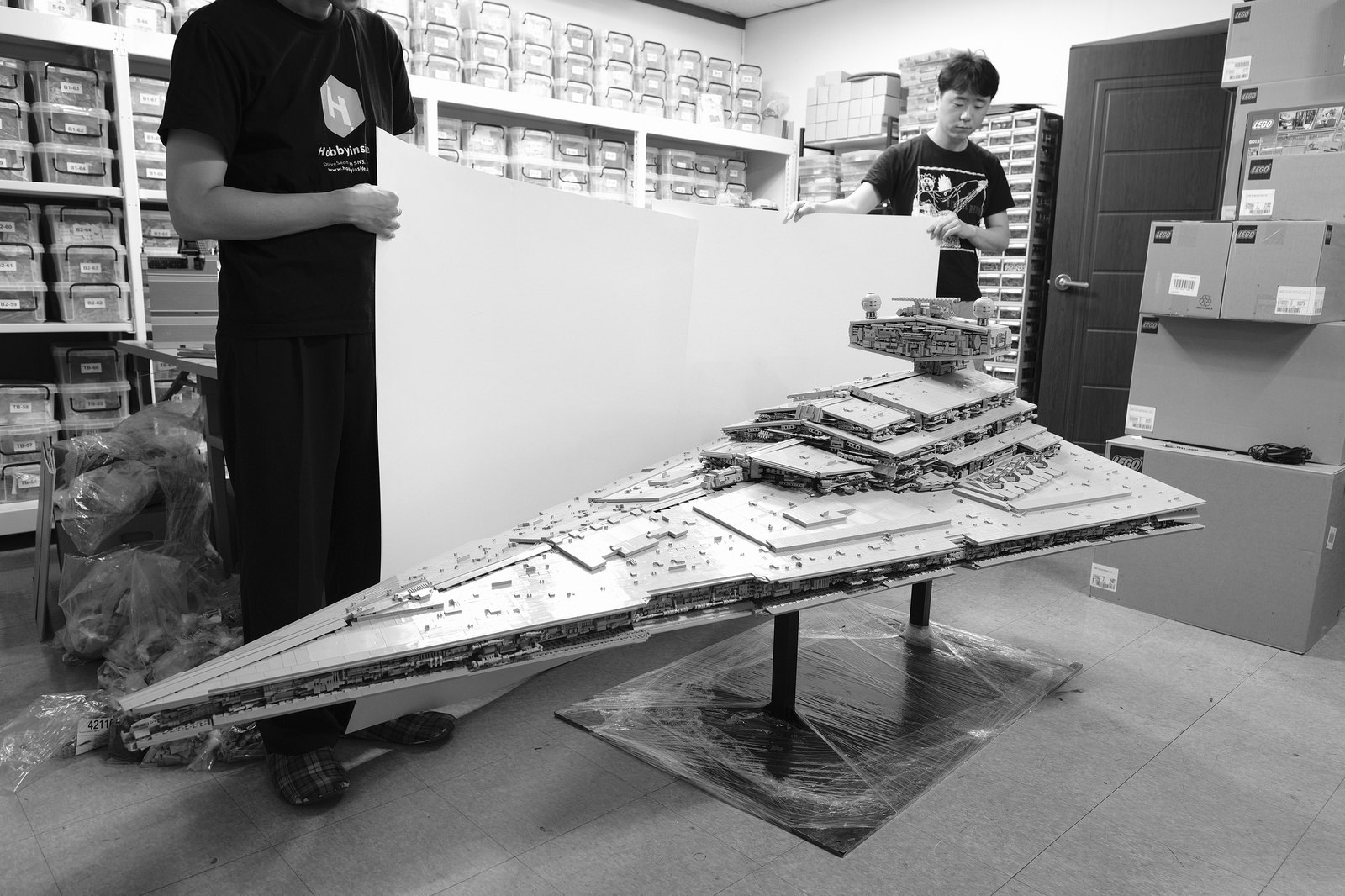 Building massive Imperial Star Destroyers is not a new concept, and these creations that we have blogged previously are definitely worth a second look: