It’s not often that I see a LEGO creation and think to myself “this is art.” But Lukasz Wiktorowicz‘s most recent build, “the Edge” certainly is art. Using both classic architecture and surrealist imagery, Lukasz created an absolutely stunning build. The proportions on this thing are spot on and the details are ridiculously, well, detailed. But what really pushes this build over the top is Lukasz’s out-of-the-box building techniques. 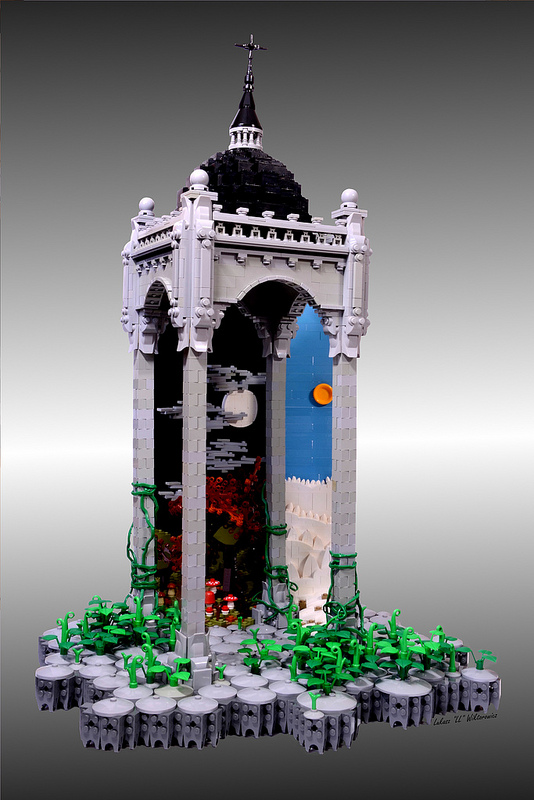 Normally I’m a stickler for lining up LEGO bricks perfectly (90 or 180 degree angles only, people!). A little crease from a cattywampus brick in an otherwise smooth wall is a downright sin in my book. But Lukasz purposefully stacked the bricks in his four pillars all askew and the resulting texture is fantastic! Another creative feature of this build is the base. When I accumulate a boxful of seemingly useless bricks, I shove them to the back of my shelf and forget about them. Instead of doing the same, Lukasz used those ball socket bricks to create an unconventional base for his build that makes the whole thing look like it is floating. Well done all around.