Microscale is challenging in its own right, despite it’s tiny tiny size. Rocco Buttliere is a master of this impressive scale, and we’ve featured his work before, notably with his Houses of Parliament and 40 Wall Street.

This newest addition to his tiny empire is certainly more understated than what we’ve featured before and no less impressive. The Rosenwald Apartments, named after former president of Sears and philanthropist Julius Rosenwald, feature lovely landscaping and the tiniest art deco I’ve ever seen. I particularly love the use of the grill tile, held in place presumably by sheer will, that gives the impression of tiny windows. It’s very effective! 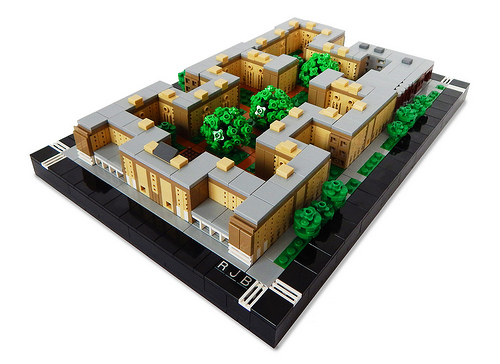