Link is the main protagonist in the best selling roleplaying-puzzle-action franchise The Legend of Zelda. This LEGO model of Link by Nathanael Kuipers accurately depicts him characteristically wearing a green tunic and pointed cap. The shaping is excellent, especially the facial features and his green tunic.  Nathanael has also taken the time to build the details into Link’s shield and sword using bricks rather than any printed parts – nice attention to detail. It’s a perfect use of the Nexo Knights blade for Link’s sword in this build. 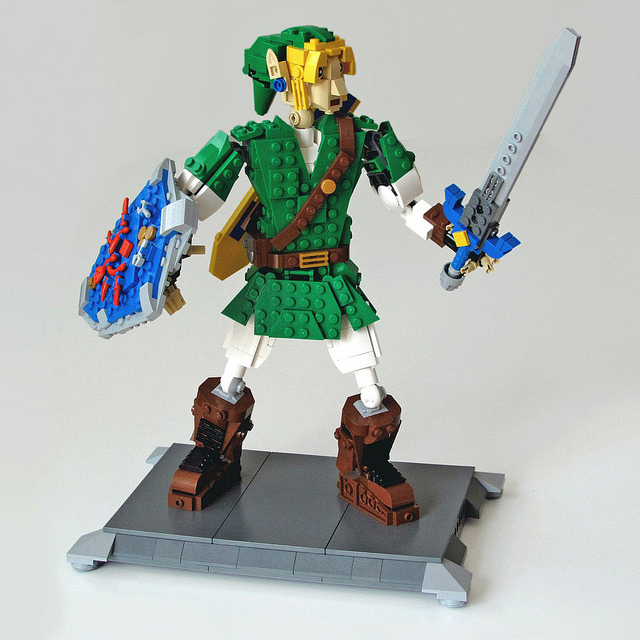 This links nicely on to another LEGO version of the same Zelda character. In this version Koen has rebuilt his previously featured Kirby, the eponymous character from another Nintendo videogame series. Kirby has the in-game ability to inhale enemies, thereby gaining characteristic abilities from them. Clearly by inhaling Link, Kirby has gained the ability to wield a huge sword and wear a green pointed hat without looking like one of Santa’s elves! A lovely fun build. 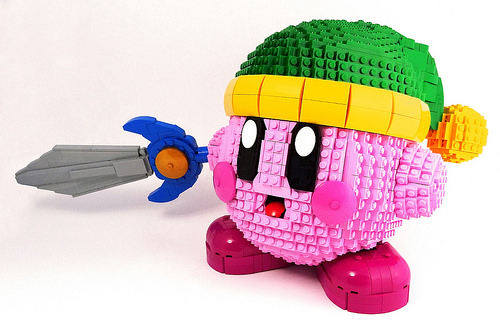