Wait…I know what you are thinking, The Brothers Brick lets another sister start blogging and she gets distracted and starts posting about fashion and sewing machine techniques! Look again: the items adorning this table are life-sized scale models all built with LEGO bricks. The Singer sewing machine, glasses, scissors and tailor’s chalk are very accurately depicted using LEGO as part of an exhibition called the Tiong Bahru Show by The Brick Collective that took place at Temasek Polytechnic in Singapore. 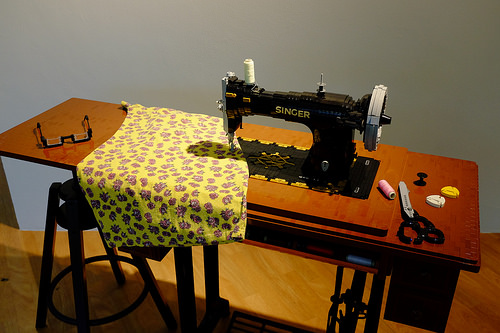 Another scene from The Brick Collective show is a typical cafe in the 1980s  with some snacks, drinks and the classic Coca-Cola sign on the wall.  When I say typical, clearly this is location dependant as Green Spot, Egg tarts, Siew Mai were not on the menu in my hometown of Glasgow, Scotland in the 1980s. 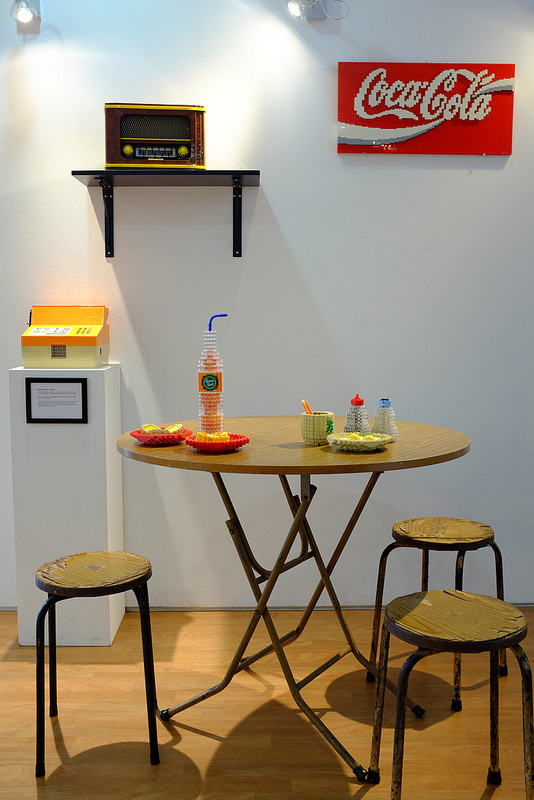 If you want a closer look and images of further scaled LEGO builds that appeared in the show, then you will find more within crayonbricks album on Flickr.