As a fan of horror movies, I know that a good monster has to have character. It’s why even if they’re scary, you can’t look away. The Harvestman, by the always intriguing Djordje, has character in spades. 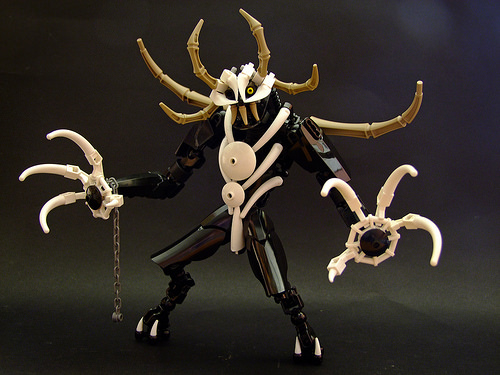 The shapes of this LEGO creation are amazing and a great use of the new pieces released with the new buildable Star Wars figures, but the biggest draw here is the face — the shape, the fact that it only has one creepy yellow eye with just 3 fangs. It looks like it belongs in a Tim Burton stop motion film, and it was built with LEGO. In fact, I would love to see a stop motion horror film starring Djordje’s builds.