Air, light, work, sports, hygiene, comfort and efficiency: these are the guidelines that governed the design of Villa Cavrois. This massive home in France was built by Robert Mallet-Stevens between 1929 and 1932, and is considered part of the International Style of architecture. The mansion has a storied past: it was occupied by the German Army during World War II, and most of the custom-built furniture was sold off in the 1980s. But now it’s a historical monument, open to the public for viewing. If you can’t make it all the way to northern France, at least you can ogle this model from Swedish builder o0ger, whose rendition is reminiscent of the LEGO Architecture theme. 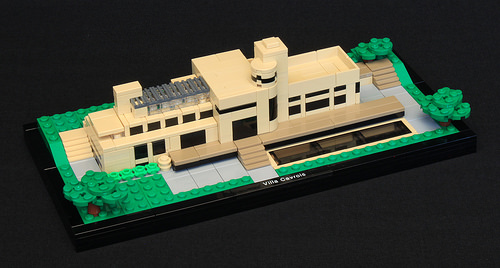