“Welcome to the Mecha Racing League (MRL), the only sport worth following! You can watch mechas race, rumble with each other, or participate in the most awesome Capture The Flag ever. Here is a sample of the most awesome machines ever built just for the entertainment of the human race. I present Spine, a speed-type mech built for tricks: 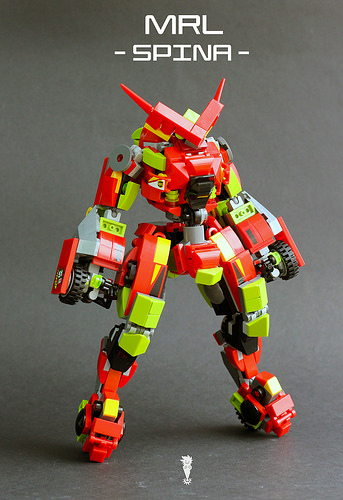 And in the heart of these beasts, there are runners. With the reflexes of gods and the insanity of demons, they are bound to become the heroes of this generation!” 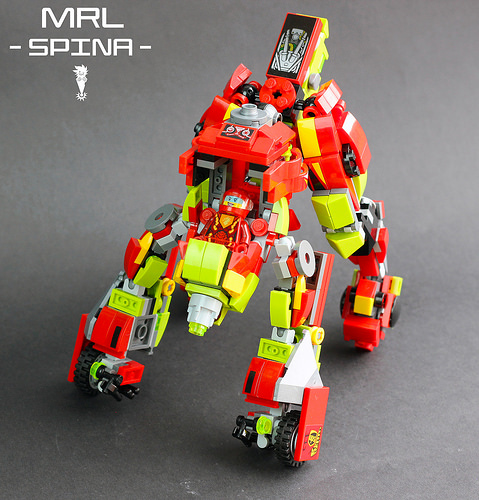 Now that is a sport I would watch and follow religiously. MRL is an idea I got after I finished reading the Air Gear manga. As an Anime fan, I’ve always found mechs the most awesome use of technology in science-fiction, ever since I watched Mazinger as a kid. But I’ve always seen them used for battle, and don’t get me wrong, that is still my favorite use for mechs, but I want to mix their strength with our fascination of watching things go fast.

This is my second LEGO build on this theme. It was particularly fun to make, with a cockpit that requires the whole mecha to move forward, which I find really cool. By the way, you are all welcome to join the fun; you can find the guidelines required to make a mech for the MRL here.