Jonas has found his sea-legs and built a glorious tall ship named Taurus. There are no biblical flood warnings ahead as this ship was built to sail the LEGO seas only. Who could predict the ship would encounter a sea monster, perhaps even the Kraken herself,  from the depths of the beautifully sculpted trans-clear waves. 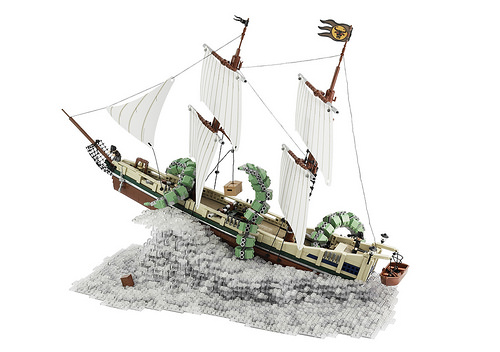 As well as the fantastic sea monster and brick-built icy sea, Jonas has added some great details to Taurus. I particularly love the anchor (why use a LEGO anchor when you can build your own?), the ship’s bell at the front and the cute little cannons that might as well be tooth picks facing up against the Kraken. 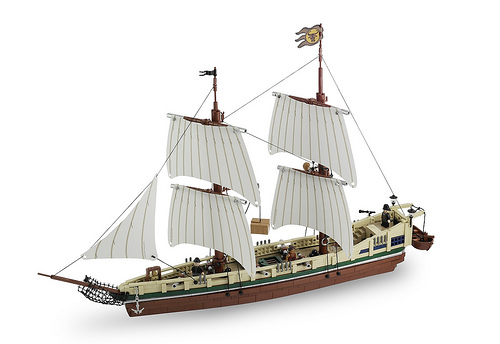 Jonas’ ship is not the first to encounter a Kraken or sea monster during a voyage, it seems to be a recurrent issue for LEGO ships: