Rod Gillies was clearly a young whipper-snapper back in the early 1980s when Super Mario Bros was released as a video game. Mario and Luigi, the adventurous plumbers who explored Mushroom Kingdom, have evolved into Super Mario Bricks. They made dungarees cool again and gave some much needed resuscitation to the video game market. 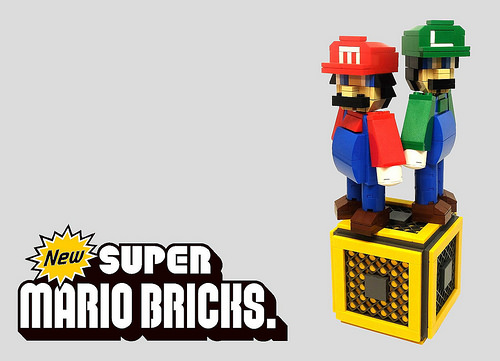 If your Mario Bros knowledge is up to par, you will note that Rod definitely has an eye for detail. Mario was the shorter, more portly brother, while Luigi was taller with a smoother, more groomed moustache. The M and L initials on the caps is always a good fallback option to avoid confusion. I bet Rod was glad that brother Sergio didn’t make the cut — some letters are tougher than others in LEGO.