TBB’s very own Simon Liu was celebrating yesterday… No, not a queue of ladies at his door on Valentine’s Day, but the 5-year anniversary of his first “big boy build” and explosion into the LEGO community. To celebrate all that is LEGO (fun, friendship, contests, community spirit, etc), Simon is running a celebratory Mockaversary competition, best described in Simon’s own words:

Give me an idea that you want.
I’ll choose stuff only from this page.
If I build it.
It’s yours. 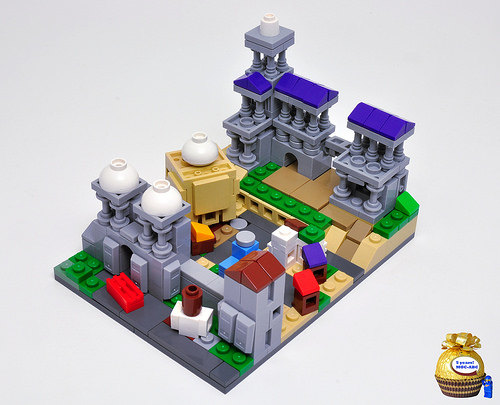 The third Mockaversary gift is a microscale build called Micro Katoren that fulfilled two requests, build a castle and build in the Kaliphlin style as part of the larger Guilds of Historica (GoH) community. GoH was one of the first Build-RPGs hosted on Eurobricks and Simon was heavily involved in the initial concept. This is an anniversary moment in itself as the community is still thriving. Micro Katoren is a microscale replica of The City of Katoren, a collaboration between jsnyder002 and soccersnyderi. 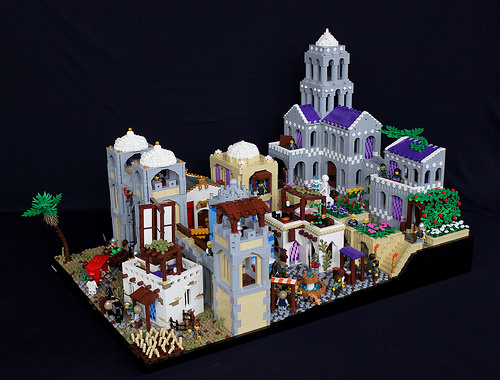 What a lovely guy Simon is. I’m just a bit concerned about how he is going to ship my life-sized LEGO Canadian Mountie all the way from Canada to the UK… Maybe I should have asked for a LEGO beaver instead.