LEGO has announced that LEGO Digital Designer (LDD), the company’s proprietary virtual building program, will no longer be updated. New parts may occasionally be added, but LEGO is officially defunding the platform. 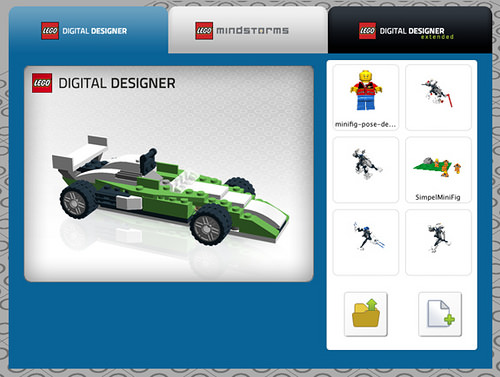 “Good Afternoon everyone, I’ve just touched base with one of our Digital Product Specialists within the Consumer Services team. A business decision has been made to no longer allocate resources towards the LDD program / initiative. For now, the program will continue to be offered to anyone interested in utilizing it but please do not expect any updates regarding functionality, the adding of new LEGO elements or glitch fixes. We have decided to pursue other digital experiences. Although this may not be the answer you were hoping for, I hope this information will be of use to your RLUG members. Thank you for your time and continued support for the LEGO Brand & hobby.”

Although it’s been clear that LDD has not been a priority for the LEGO company for some time, with the latest version update to 4.3.8 in December 2013 and the last parts update in fall of 2014, this announcement sent shock-waves through the LEGO community. The online community was quick to respond as fan websites were inundated with upset LDD users.  It was clear that LEGO had kicked the LDD ‘hornet’s nest’ with the sudden announcement.

“Dear Ambassadors, I hope this will help clarify a bit of the confusion and misunderstanding from our end regarding LDD. TLG will remain committed to digital building going forward, in regards to LDD, this means that we will continue to support the current functionality. We will not be doing automatic updates on elements, however elements will continue to be added from time to time. Unfortunately we cannot ensure that all elements are made available. I can see that the message has spread widely in the community since Kevin’s statement and I hope that you will assist us in spreading this message as well. Thank you!”

So, to summarize: LEGO will allow LDD 4.3.8 to continue functioning but will no longer automatically update LDD. The addition of new parts remains uncertain aka “time to time.” Given that LEGO has stated that they are “committed to digital building,” it does seem likely that LEGO has another digital design program in the works, and that this is simply a case of poor product release management by announcing the cancellation of support for the old product before the new product is announced. We’ll be sure to bring you the news if we get confirmation of any new programs. 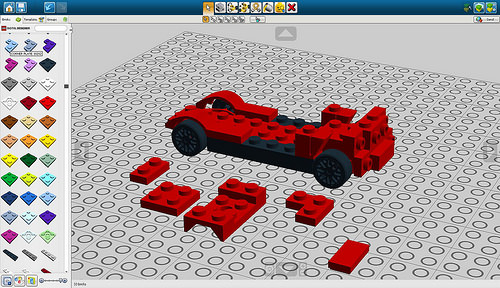 Meanwhile, perhaps it is time to try out the other options…

There are alternatives available but these tend to have a higher learning curve. Most of the alternatives do not have the ‘click fit‘ that LDD users found particularly useful as this resembled actually building with bricks. Some programs are operating system specific but most downloadable software utilise the LDraw library. The good news is that LDraw team continues to release regular updates, with the latest core software update on November 22 and the latest parts update on December 30. This is not an exhaustive list, but these are some of the better-known programs in the LEGO fan community.

Bricksmith  – Bricksmith allows you to create virtual instructions for your Lego creations on your Mac. OSX

LDraw – A freeware program which can create Lego models in 3D.  Windows/OSX/Linux.

Mecabricks – Mecabricks is a web service to publish and display 3D models made with LEGO bricks. No need to install any plugin or software. All operating systems.

SR-3D – A free program for LEGO building which specializes in the ability to replicate complex pieces, such as LEGO Mindstorms cables, flex tubing, shocks, etc. Windows