With decades between the events in Return of the Jedi and The Force Awakens, it stands to reason that the Rebellion’s primary starfighter would be tweaked and upgraded. The X-wings in the Original Trilogy were model T-65s built by Incom Corporation. The sleeker, narrower X-wings of The Force Awakens — with scissoring S-foils — are apparently T-70 models. Peter C. has captured the sloping nose of the new X-wings with this microscale version, which uses various “illegal” techniques to achieve the shape, like the cockpit’s tile pressed across two levels of plates, helmet visors for engine cowlings, and a rubber band for the blue stripe. 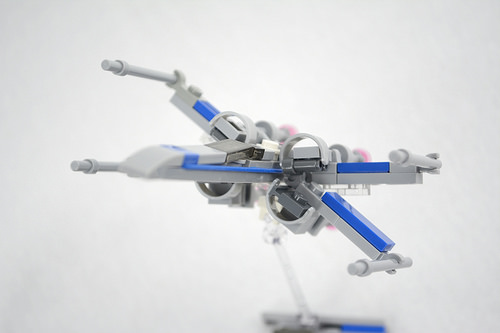 Naturally, the X-wing has a Resistance pilot. 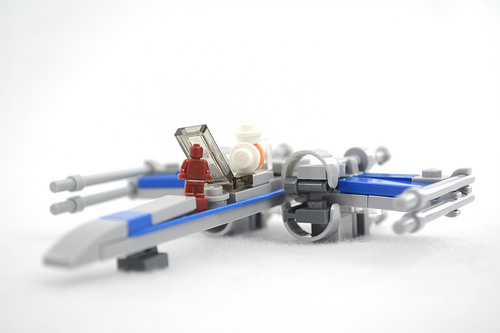 2 comments on “The venerable Incom X-wing gets an upgrade”