When most of us photograph a new creation, we’re satisfied if the photo has clean lighting and a nice backdrop. Some builders, however, take things to the next level. Over the past several years, we’ve seen a number of builders apply their superb photography skills to our favorite plastic toy, including Vesa Lehtimäki and Joe and Will Merzlak. Rob D. is a new addition to the ranks of those builders taking breathtaking shots of LEGO, and he’s got some great building skills to boot. One of Rob’s latest photos, portraying an underwater scene of the new LEGO Deep Sea theme, is featured in the current edition of Blocks, a LEGO fan magazine, but my favorite has to be the shot of Rob’s LL-962 spacecraft being maintenanced. 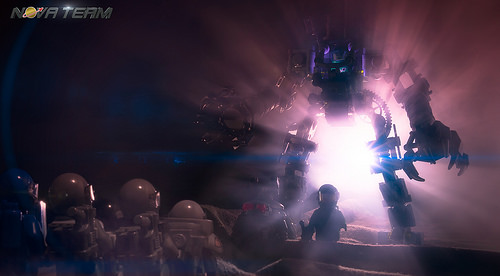 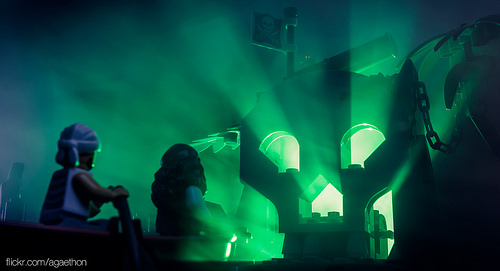 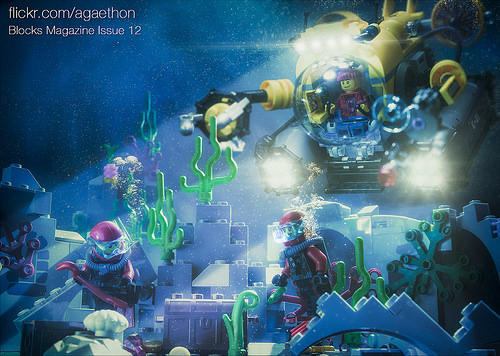