It’s just over three months to the release of Star Wars: The Force Awakens, and the new LEGO sets are hardly the only things generating excitement. Like many of us, Burglarhobbit has been poring over every new frame of footage that the Empire has been doling out to loyal Star Wars fans. The result is this fantastically detailed diorama depicting the making of The Force Awakens, complete with a prop and costume shop, green screen, and cockpit on a motion base. 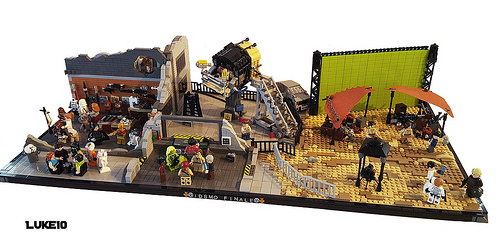 Take some time to pore over this great creation yourself and let us know what your favorite detail is in the comments.

You can watch the actual behind-the-scenes footage that inspired this great LEGO scene here: