On the last rock in the south, there lies a great fortress. Bustling with Imperial Guards and fortified against bloodthirsty pirates, this fortress by Greg Dix stands a monument to the Imperial might flexing its power across the globe. 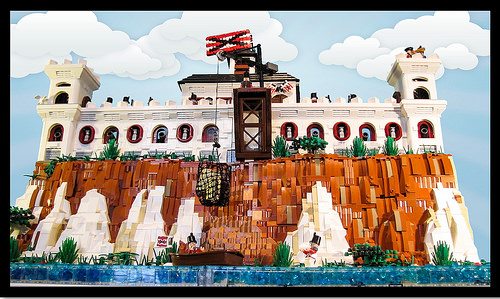 Actually, I don’t know what empire LEGO’s Imperial Guards are meant to represent. I’ve always thought of them as the plastic manifestation of Britain’s colonial-era power, but I’ve seen some evidence that the line grew out of LEGO’s attempt to create a Napoleonic theme, so they may be French. Greg’s title implies the setting for this bastion is Portugal, so perhaps they are Portuguese here. Provenance aside, the fort has working winches and is rigged to light up. Greg built this in March, and I’m not sure how we missed it before, but I’m happy I stumbled upon it today, because it’s lovely. 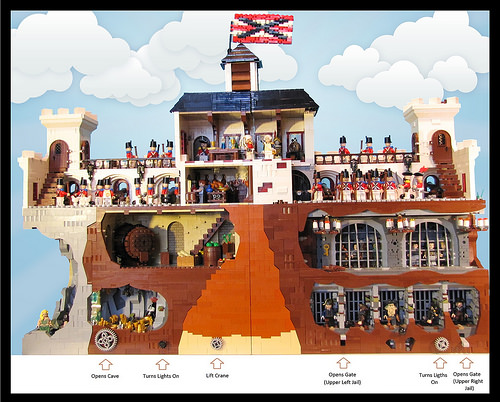