For over a century the name Rolls Royce has been synonymous with extreme automotive luxury. And through its many iterations, the Phantom has been an integral part of that legacy. Martijn Nab clearly did his homework in creating this LEGO version of the 1934 Phantom II Coupe, which is impressively constructed using almost nothing but technic connections (versus the usual bricks and studs): 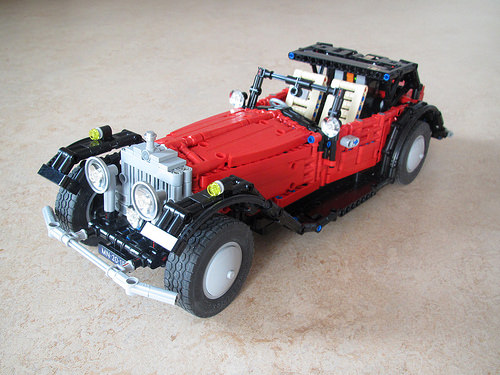 As well as being picture perfect on the outside, this model is also full of hidden details such as the straight-6 engine, hinged engine hood, and backward-opening “coach doors” – a quirk that lives on in this convertible’s modern descendant, the Drophead. Oh, and it’s fully remote controlled! Check out this charming video:

2 comments on “An elegant vehicle, for a more civilized age”