Current followers of Manga will recognize this as the Terra Formar, a humanoid evolution of cockroaches that lives on Mars (…hmmm, ok). I’m terrified enough of the domestic variety, so this is the stuff of nightmares! 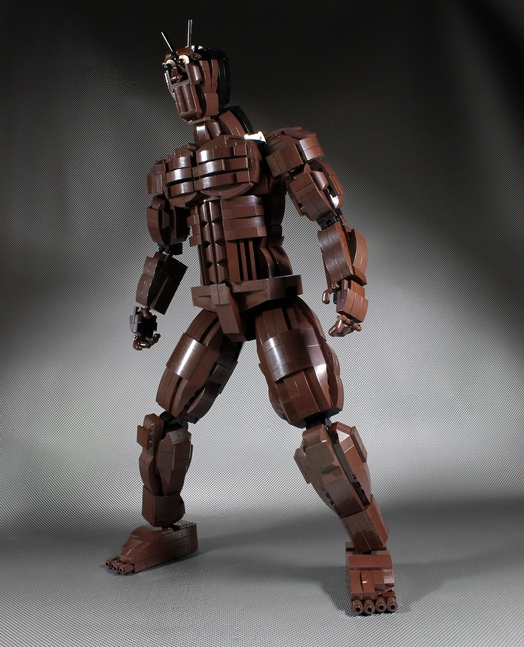 This LEGO version is the work of our favorite Japanese builder Moko, who decided he should pit it against one of his other bug-eyed creations, Kamen rider. At first, Kamen Rider does well by delivering an effective wound to the thorax: 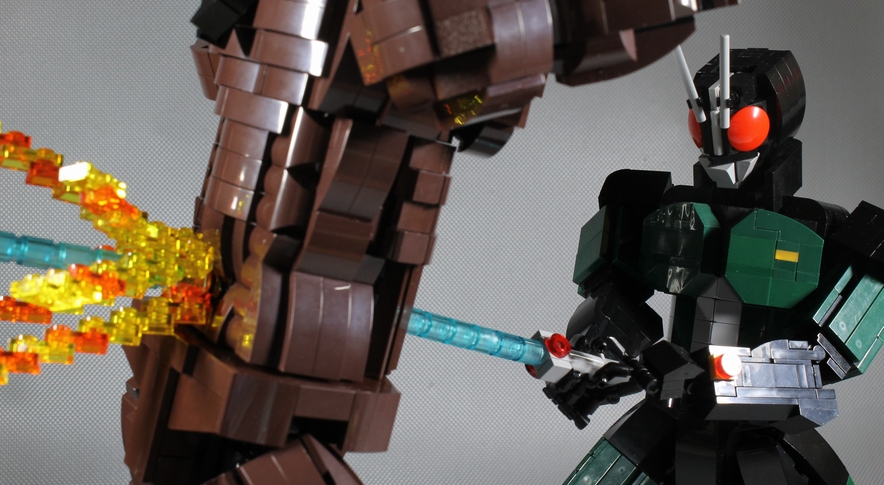 But then he decides to karate-chop off the Terra Formar’s head. Big mistake! Because as we all know, that move is basically ineffective on cockroaches and their kin. The thought of this brute running around headless for two weeks is just too horrible to imagine. Hopefully Moko’s next creation will be some kind of giant boot. 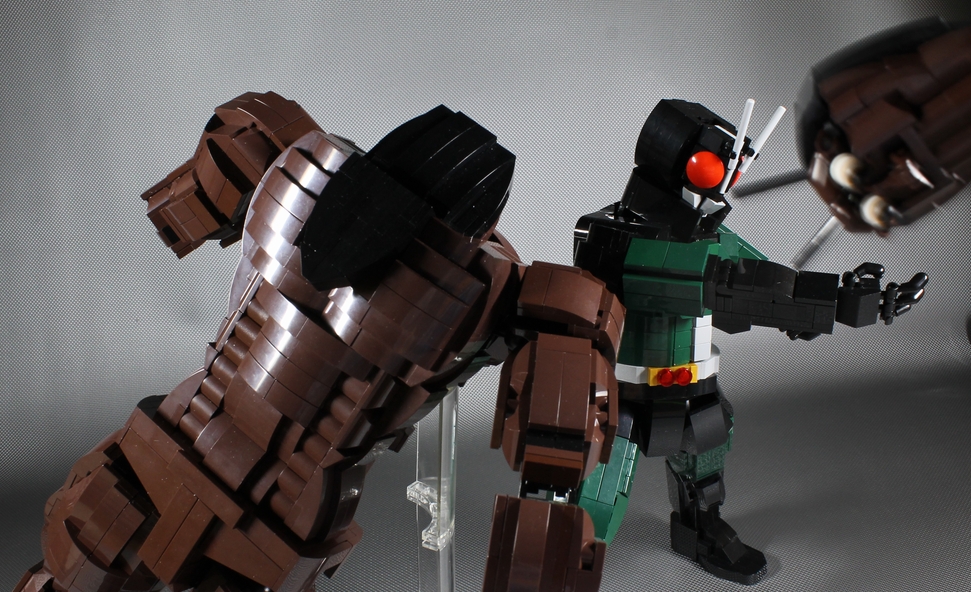