Fans have long speculated that a LEGO Avengers Helicarrier was in the works, and today LEGO officially confirmed those rumors. The new set, 76042 The SHIELD Helicarrier, is a gigantic microscale ship which rings in just shy of 3 feet in length. This is the first time LEGO has used tiny microscale figures (originally designed to be trophies) as characters in a playset. The set also comes with 5 regularly-sized minifigures, and can be motorized using LEGO Power Functions (not included). It will be available from LEGO Shop@Home in March. 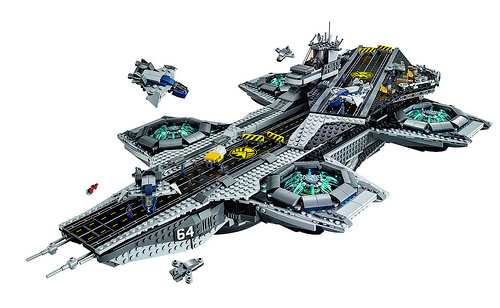 You can see all of the photos of the Helicarrier on the official Brothers-Brick flickr account. Here’s the press release from LEGO, along with the designer video: 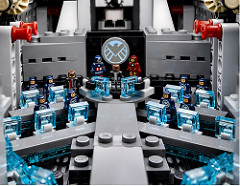 Build and display the huge SHIELD Helicarrier!
Take on the challenge of building this awesome LEGO® model of The SHIELD Helicarrier. Construct the flying aircraft carrier with 2 runways, microscale Quinjets, fighter jets and ground support vehicles. The set also comes with many of your favorite LEGO Marvel Super Heroes minifigures, plus 12 microfigures to display on deck and within the highly detailed interior. Includes 5 minifigures: Nick Fury, Black Widow, Captain America, Hawkeye and Maria Hill. 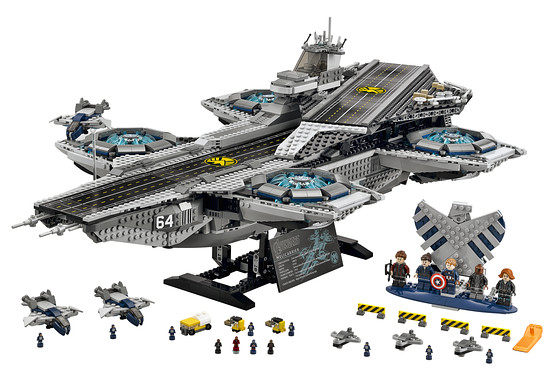