There exists a small but vocal contingent of the adult fan community who look down upon Bionicle and its descendent Hero Factory, claiming that the pieces are juvenile, not useful, and altogether too different to mix with traditional bricks. I’ve never understood this train of thought. LEGO is about imagination, and the ability to successfully incorporate unusual elements into a model is generally viewed as positive. Besides, there are just so many cool things that can be done with Bionicle pieces, completely aside from building large poseable action figures.

Take, for instance, this wicked cool spaceship by Ricardo Soà. Incorporating both traditional bricks and pieces of Bionicle heritage, it’s menacing and awesome in a way that is fresh and new. It’s a welcome change of pace for a community which frequently sees the same styles again and again. 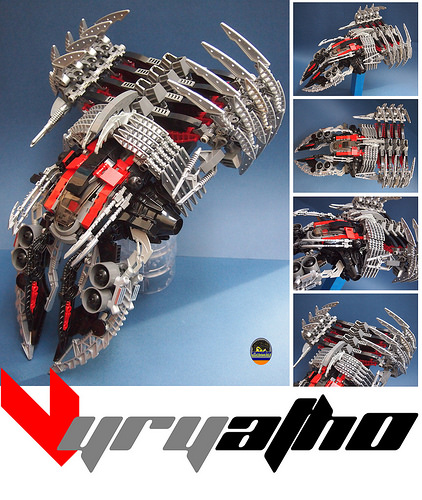 And since we’ve not featured Ricardo here before, it’s worth taking a peek at some of his other killer spacecraft. 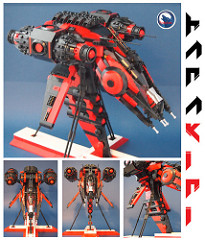 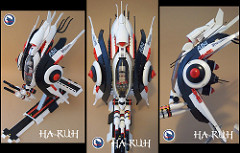 4 comments on “A Ship from Another Dimension”