This weekend at The Sydney Brickshow in Australia, LEGO announced the forthcoming Fairground Mixer set. Obviously a followup to 2009’s popular Grand Carousel, the new set features a mobile amusement park ride, complete with trucks to pack the carnival for transportation. LEGO says the set will be available in June. Below is the official press release. 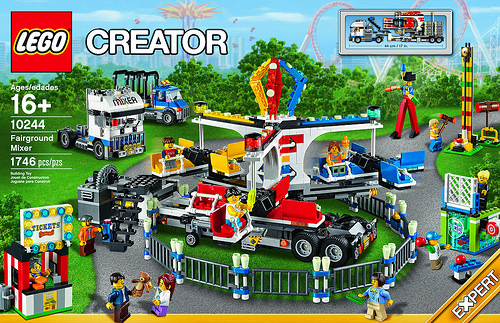 See all of the photos here.

Climb aboard the LEGO® Fairground Mixer and hold onto your hat!

Unfold the awesome Fairground Mixer, turn the crank and see it come to life! The fair has come to town and children and adults alike can’t wait to try the rides. Buy your ticket from the ticket booth and climb aboard the Mixer. Then try reaching the golden bell on the high striker or hit the target to plunge the dunk tank lady into the water. As evening falls, the swirling Mixer ride glows in the darkness, before being folded down onto its own trailer for transportation to the next town. This magical fairground is packed with wonderful details that will capture everyone’s imagination. Includes 12 minifigures: a juggling man on stilts, dunk tank lady, strong man challenger, ticket lady, truck driver/ride operator, 2 women, 2 girls, 2 boys and a queasy man who tried the mixer one too many times.

Enjoy the magical atmosphere of the fairground with the LEGO® Fairground Mixer, packed with exciting features and imaginative details. 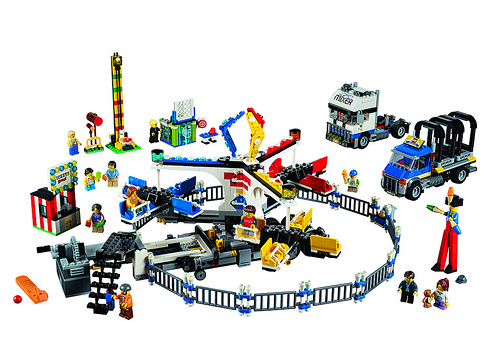 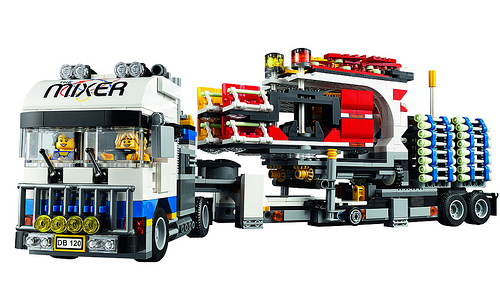 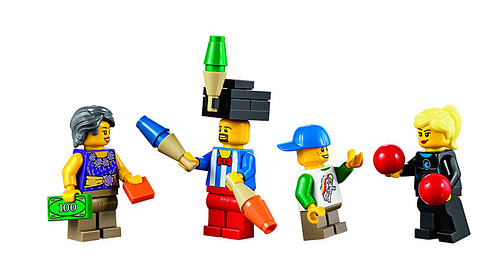