The first official images have surfaced of the second wave of Mixels, LEGO’s new popular cute miniature creatures line. The first wave consisted of three colored factions of red, yellow, and black, representing Fire, Electricity, and Stone, respectively. This new lineup comprises orange, brown, and blue as creatures of Undersea, Monsters, and Air (or at least, that’s my best guess as to what their themes are). At any rate, they’re just as ferociously adorable as ever. While they’re all lovable, my favorite has to be Jawg, because it reminds me of Harry Potter’s growling Monster Book of Monsters. I also love the helmets used as eye-sockets on Slumbo. 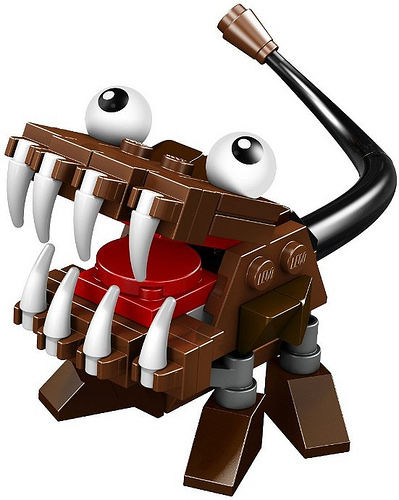