About four weeks ago, I announced the 75th build challenge organised by LUGNuts, the online group for LEGO car nuts. There normally are no prizes for the challenges, but because this was our 75th we decided to add a little extra incentive. Members could build a car, obviously, but with other members assigning the car in question. The builders of the winning cars get prizes, but also the members who suggested them. The judges had a hard time choosing, but after I tallied up all the votes, we reached a conclusion. Without further ado, here are the winners of the 75th LUGnuts challenge. The comments below the images, written in italic script, are by Lino Martins ( Lino M), who, for lack of a better word, serves as LUGNuts’ ringleader. 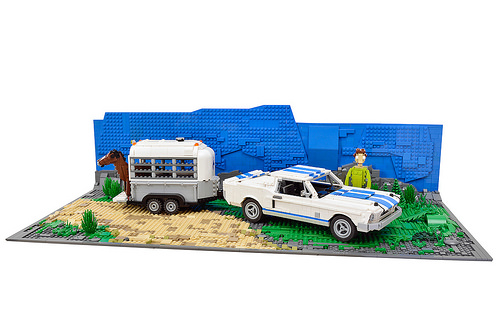 Pēteris Sproģis shows us all how its done with his stunning1967 Ford GT500. He could have stopped at just building the car, but he sets the scene and tells a story with an entire diorama of a Mustang car pulling a Mustang horse. 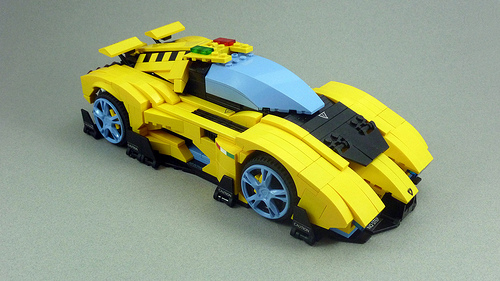 What happens when Lamborghini turns 50 and has a midlife crisis? The Egoista, as built by Curtis D. Collins (curtydc). Trophy brides half your age will forgive a guy’s pot belly and comb-over if he owned this baby. But you can’t take her with you as its only a one-seater. Awesome job, Curty! 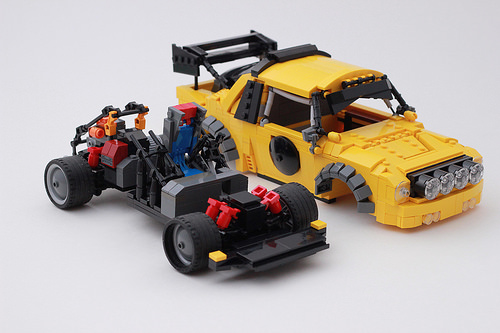 Lego Junkie. lives up to his name with his totally awesome Ford RS-200. (…) Good show, Junkie. May you never seek recovery for your addiction.

We post contest announcements on TBB fairly regularly, but I realise that we don’t actually always show the outcome. If it is this good, however, that’s a big omission. Congratulations guys!