As a child my life revolved around Star Wars, however, for the last 10 or 15 years I have somewhat lost interest in the genre. I pick up the occasional Star Wars set from time to time, but mainly for parts. However, my oldest son recently received several Star Wars sets for his birthday and it somewhat rekindled my interest in the style. Now seeing all the brilliant starfighters being created for the Alphabet Fighter Contest being held over at FBTB has made me want to explore the style even more with some of my own builds.

One of my favourites that I have stumbled upon is this Incom I-Fighter by Lego Junkie. It just has that right look to it. I would not be surprised to see this swooshing along side an X-Wing or being used to bulls-eye womp rats. This makes me really want to play Rogue Squadron on the ol’ N64. 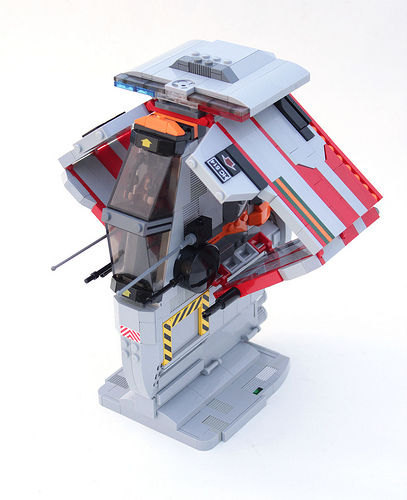