Sometimes life as a blogger for TBB can be frustrating. Yesterday I spent more than an hour fruitlessly pouring over my pictures of the most interesting models I saw at Brickfair, to only find that we had pretty much blogged all of them when they first appeared on-line. Then again, on other days it is easy. I did not have to think about a title for this post, for instance, because Matt Armstrong (Monsterbrick) came up with the title for his picture himself. 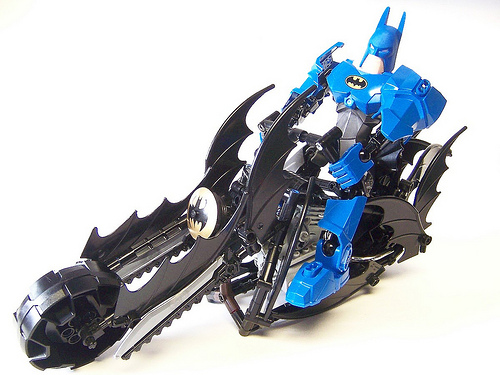 I never cared much for LEGO’s Super Heroes figures. To me they looked too much like kids’ stuff, with little potential for making something interesting out of them. However, this model has made me think twice. The Batman figure itself may be ‘juniorized’, but that does not mean Matt cannot build a kick-ass motorbike to go with it.