The name Warren Elsmore may not be immediately familiar to adult fans of LEGO worldwide, but you are likely to have seen some of his work, such as his LEGO model of the 2012 London Olympic Park. He is also well-known in British LEGO circles as the organiser of AFOLCON, the UK’s own LEGO convention, and as the former chairman of the Brickish Association. For his latest project, he has translated his love for our favourite bricks into a book titled Brick City,

about building the world’s great cities with LEGO. 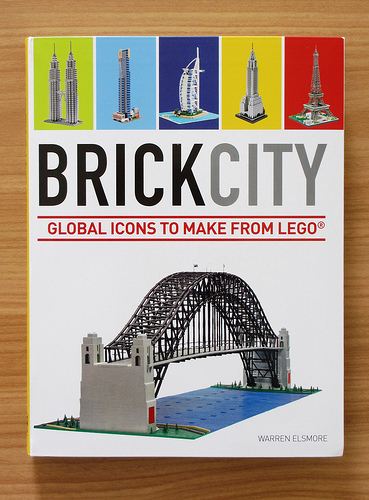 The book contains a few introductory pages on subjects such as building techniques, useful LEGO parts and customising minifigs. The rest of the more than 250 pages of this hefty volume are dedicated to photographs and instructions of fan-built models, each with an informative little blurb about the real-world object and about its LEGO rendition. Many of these models were built by Warren himself and his wife Kitty, but he has also enlisted the help of several other builders, including J. Spencer Rezkalla (Spencer R), Sean Kenney and Arthur Gugick, who are well-known for their architectural models. The book also includes two of my own (vehicle) models, which is why I was sent the advance copy of the book that I am using for this review. 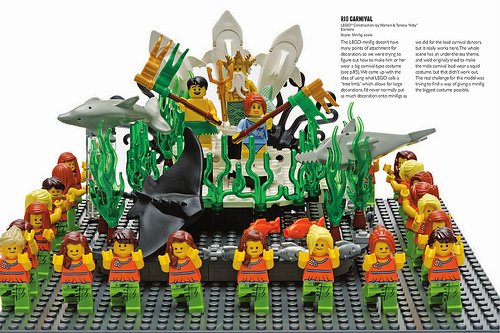 The models are mainly buildings and monuments, from a grand total of 39 cities across the world, with a few pages dedicated to each of them. London, New York and Paris each cover larger sections. You can build some of the models yourself, using instructions in the book. These models tend to be fairly straightforward, but often are still a bit more complicated than your average LEGO set. A minor point of criticism of the book is that the pages aren’t particularly large and because of this, the instructions are quite small. This may make them somewhat difficult to follow for inexperienced builders. If you are like me, however, the instructions don’t really matter. It is simply a joy to have this book lie on my coffee table and leaf through it every now and then, to enjoy the photographs. The book contains beautiful models and the reproduction of the photographs is excellent. It also contains two large fold-out posters, of Warren’s London St Pancras station and Spencer’s beautiful microscale rendition of the (new) World Trade Center from New York. If you are into LEGO architecture sets, you’ll definitely like this one.

The book will officially be out in early May, but Amazon.com

has already started shipping copies. RRP for the UK version (called Brick city -LEGO for Grown-ups) is £12.99 and the list price for the US version is $19.90. There is also an Australian version (which, somewhat oddly, is the one I got), but only the covers differ. The book is also available in Canada and several European countries.