There’s often a glut of fairly similar (though often awesome) starfighters each year during Novvember, so it’s nice to see a great fighter outside that box. Nathan DeCastro brings us this excellent “T-6 Iron Venom” with beefy engines and formidable armaments. 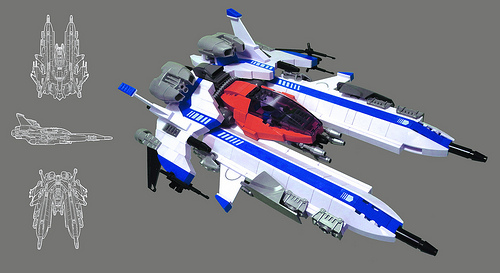 The “Iron Venom” is a variation on Nate’s contribution to the Starfighter Telephone Game, in which builders send each other a LEGO starfighter to inspire the next build in the chain.

Nate was lucky enough to receive his inspiration from Mark Stafford (his Duodon, featured here a couple months ago). Here’s Nate’s “Duolos” fighter, on the right, alongside Mark’s “Duodon”: 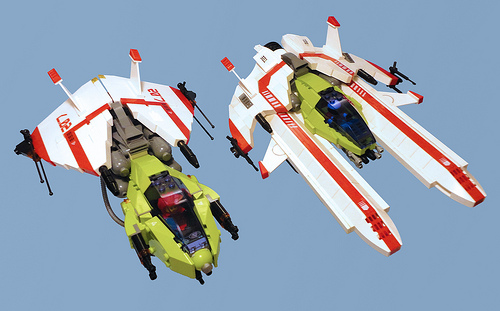 Next up in the game, master starfighter designer Peter Morris!