I am not sure whether any of the trains built by Andrew Harvey (technoandrew) have been featured here before, but in British LEGO fan circles he has a well-deserved reputation for building beautiful steam locomotives. His latest picture shows how he has been updating his model of a British so-called Black Five steam locomotive. These were among the last steam locomotives used on British railways. As I’m currently updating some of my own existing models, it caught my eye. 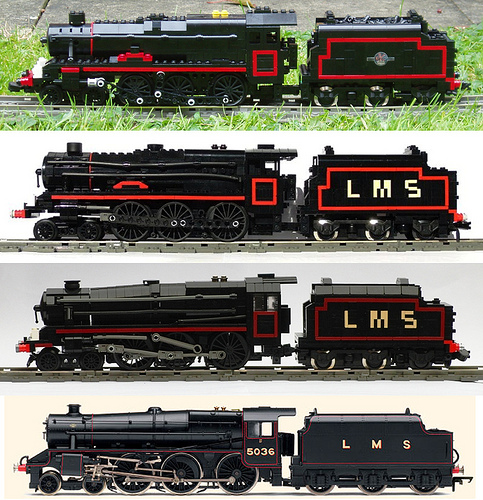 It is fascinating to see how the new parts and new tricks Andrew has picked up over a period of several years have lead to a constant refinement in the shape and the level of detail. As a result, the LEGO model is getting closer and closer to the scale model shown at the bottom.