Spencer Rezkalla (Spencer R) is a master of micro-scale skyscrapers, and his models have been featured on TBB many times. That does not stop me from calling your attention to his latest project, however. The US may be known for cities full of skyscrapers, such as Chicago and New York, but nowadays most such buildings are being constructed in Asia and Spencer has now turned his attention to China, building the Shanghai World Financial Center and the Jin Mao Tower. 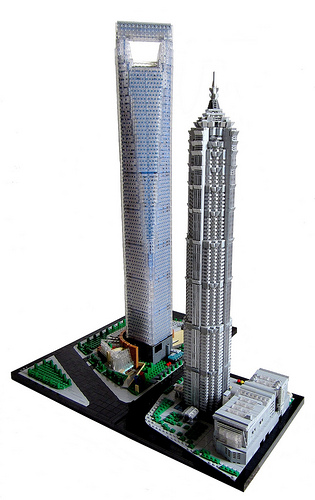 The subtle curve and the way the façades intersect on the Shanghai Financial Tower is particularly noteworthy. A third skyscraper, called the Shanghai Tower, is currently under construction next to these two and is due for completion in 2014. As you can see from the picture above, Spencer has already saved a spot for it.

3 comments on “Reaching for the sky in China”