The Soviet BAZ 135 Transporter-Erector-Launcher built by Marcin Witkiewicz (Nexus 7.1) ticks many boxes I like: it’s a truck, it’s military and it carries a ballistic missile on its back. The missile, coincidently, appears to be the type known to NATO as the FROG-7, for Free Rocket Over Ground. It was exported to dictatorships all over the world. 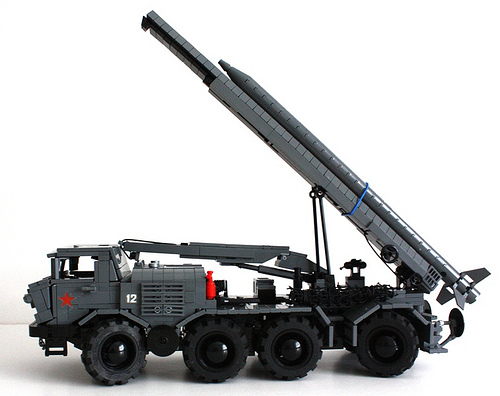 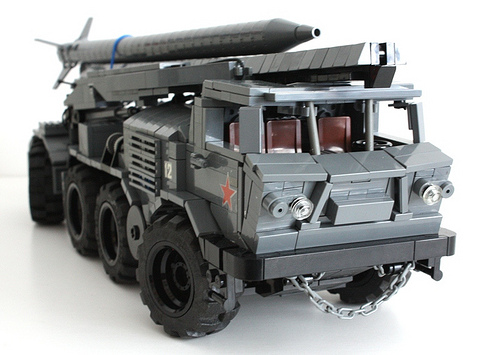 There may be a few modified parts on the front, but don’t let that distract you. The chunky tyres are a nice match for the ones on the real vehicle, the detail is excellent and, most impressively, Marcin has managed to capture the slightly oddball styling typical of Soviet military trucks.