The newest LEGO set in the modular building line, 10232 Palace Cinema is being officially unveiled this evening at BrickFair Alabama in Birmingham. Though LEGO’s official photos surfaced earlier this month, this is the first time we’ve gotten details about pricing and release date. 10232 Palace Cinema will return the line to its traditional price point of $150 USD for 2,194 pieces and 6 minifigs, with a release date in March. 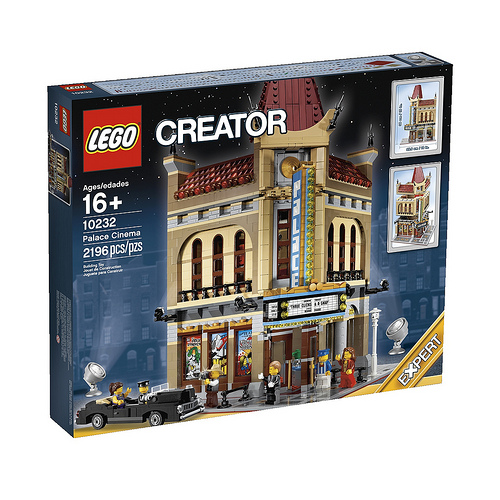 Naturally, Palace Cinema connects to all the other modular buildings. 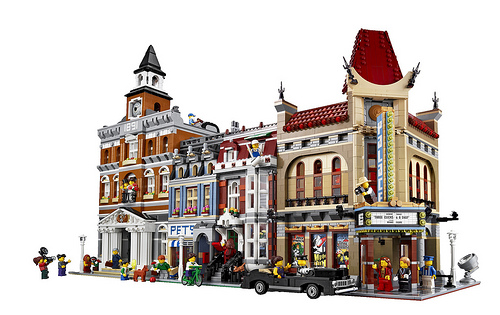 The set comes with an open-top stretch limo. 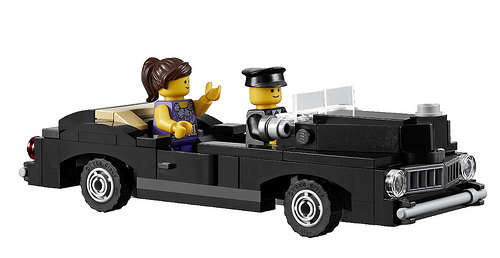 The interior includes seats, a projector & screen, and concession stand. 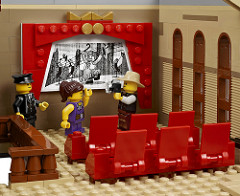 I’ve uploaded all the photos to a photoset on Flickr.

Here’s the official announcement from LEGO:

Build a grand premiere at the Palace Cinema!

It’s premiere night at the Palace Cinema! Illuminate the night sky with the spotlights as the child star arrives in a fancy black limousine! Gather the crowd on the star-studded sidewalk, then head into the detailed lobby with a concession stand and ticket area! Take the grand staircase into the theater with a large screen, movie projector and reclining chairs for 6 minifigures. Introducing the latest addition to the LEGO® Modular Buildings series, the highly detailed, 2-story Palace Cinema corner building. This collectible model features a sidewalk of the stars, brick-built entrance doors, posters, sign frontage, a tower with spires and rooftop decorations. Includes 6 minifigures: child actress, chauffeur, female guest, male guest, photographer and cinema worker.

March 2013 via shop.LEGO.com, LEGO® Stores or via phone