First unveiled at Emerald City Comicon earlier this year, I’ve been itching to blog this gorgeous Batcave by Carlyle Livingston II and Wayne Hussey for nearly six months. Batman’s headquarters is built from over 20,000 parts, took more than 800 hours over twelve weeks to build, and weighs more than 100 pounds. The entire cave is beautifully lit up with lights. 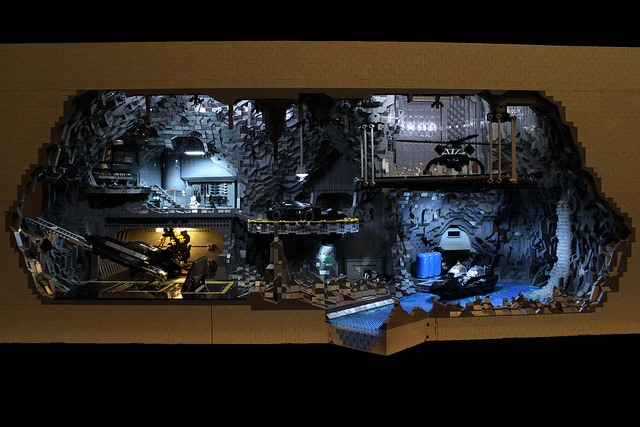 Carlyle & Wayne’s Batcave includes four motors to operate a variety of features — the turntable for the Batmobile, a rotating costume/weapons selection wall, and the Batplane’s lift.

These detail shots show off some of the wonderful lighting effects and underground landscaping integrated into the Batcave. 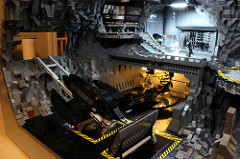 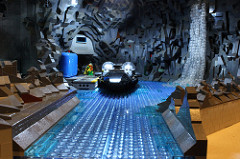 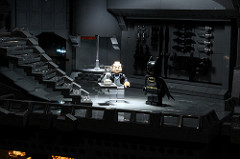 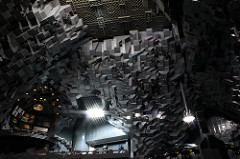 This photo of Carlyle & Wayne with their masterpiece gives you a good sense of the scale of this massive structure. Wayne looks justifiably pleased with himself. 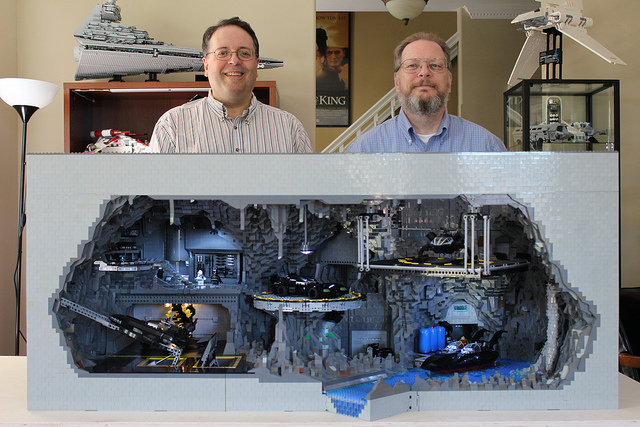 Here’s what Wayne & Carlyle have to say about their build:

This project marks the first collaborative build between Carlyle and Wayne, with several more queued for future development. The features of this build include the Cave itself with what we think is the most “cave-ish” cave ever constructed. Added to that we have an operating turntable for the Batmobile, a moving costume/weapons selection wall and the BatPlane Lift. Surrounding all of this is the remarkable lighting effects that bring our BatCave to life.

Check out Carlyle’s photoset on Flickr for lots more pictures, including work-in-progress pics that show how the builders put the Batcave together.