I freely admit to getting frustrated by the amount of ‘NPU‘ (Nice Part Use) I see thrown around LEGO models. The acronym was originally used for a part being used cleverly in a different circumstance. Both these examples feature such a use. Nowadays it seems to be used for just about anything. This, dear readers, is wrong (to para-borrow a phrase from Twee Affect). 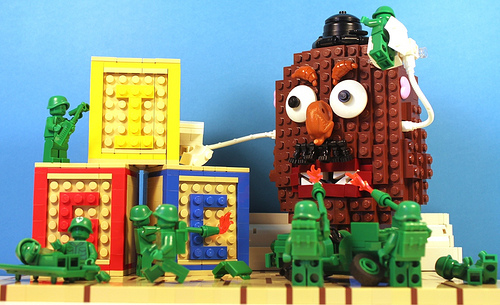 First we have Joshua Morris (I scream clone) who demonstrates a classic NPU by using a turkey on Mr Potato Head’s nose and croissants as his eyebrows. 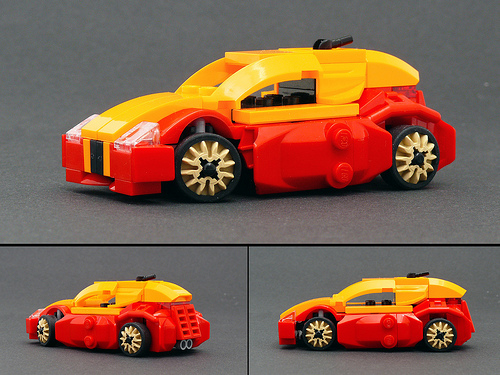 Secondly Robert H. (Robiwan_Kenobi) uses loads of parts in unusual ways but the most notable ‘NPU’ is the little airvent made from the end of a flipper.

Note how in each case a very specific part has been reused in a novel way. That is NPU.